“A moderate day run at the Hennops River. ”

The Zebra Route runs along the Hennops River before veering into the mountainous area to a Hartebeespoort dam lookout point. The route is set against a beautiful backdrop of wildlife, boulders, and a large variety of plant life. The trail isn't very demanding and the ascents are moderate in certain sections.

The Zebra Route starts at the Hadeda Camp and heads north. Crossing the river via cable car and turning right will place you on the correct path, as this point is the junction point of three trails. The beginning of the trail is dirt path under a canopy of trees and runs along the river until a gentle ascent takes you into the mountains and rocky terrain towards the first point of interest, Pafuri.

Shortly after you reach Pafuri, the trail veers westward while you continue to ascend the mountain. Continue with the westward heading until you reach the second point of interest, the Bokmakierie bush. Continue westward until you make it to the summit of this little mountain where you'll be rewarded with the third point of interest on the trail, a lookout point of the Hartebeespoort dam and town nested along its banks.

From this point, the route will take a southward heading, and it will also be mostly descending with the occasional gentle ascent as you pass over a hill. Once you reach the fourth point of interest, Muragie and De Oude Muragie, the trail veers eastward until you reach the intersection. Turning right with a southeast heading will take you back to the cable car. Cross the river once more to reach the Hadeda Camp.

The trail is very well maintained and clearly marked. However, you should be vigilant as a large section of the trail is extremely rocky, and you basically descend on a fragile rock slide on certain sections of the trail.

This trail has a large variety of plant life including aloes, cacti, and protea. The trail also has lizards, geckos, and a variety of bird and butterfly species. Mammals on the trail include Kudu, Eland buck and Klip Dassies.

The trail has numerous points of interest, such as a the Hartebeespoort dam lookout point, as well as Muragie and De Oude Muragie, the remnants of buildings constructed from limestone and clay. 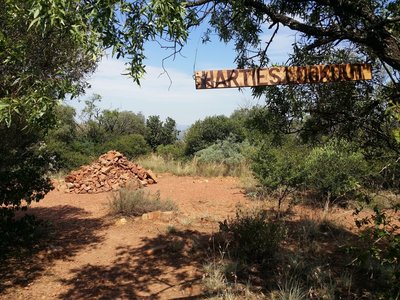 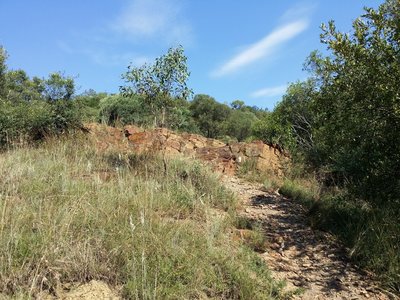 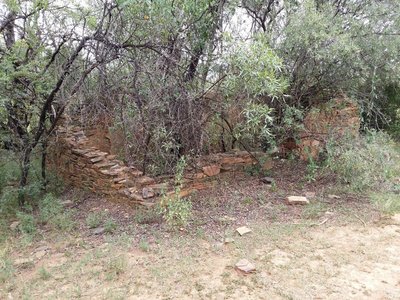 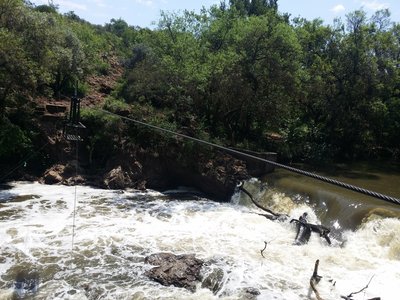