“An easy trail with spectacular views of a meteor impact site. ”

This running trail offers spectacular views of the Tswaing Meteor Impact Crater. Apart from the crater that's estimated to be 220,000 years old, the trail has multiple ruins from ox-wagon roads to a salt mining factory. The trail is located on a 2000 hectare reserve that has a museum, picnic area, basic accommodation for groups, a camping site, and conferencing facilities. The trail is clearly marked and has plaques along the trail to identify all the land marks and viewpoints.

Runners need to pay a fee to access the trail.

The Tswaing Meteor Crater Trail starts with a northbound heading from the picnic area on a 4x4 track. Once you passed the first plaque, you divert from the 4x4 track onto singletrack that continues in a northbound heading. The singletrack is mostly sand with the occasional rock, but makes for easy running. The track veers eastward as you begin the approach trail to the crater impact. From plaque 3, you'll find numerous spots to catch a glimpse of the crater floor as well as some landmarks dating back to1953.

Once at the crater floor, the trail passes along the southwestern perimeter of the lake, where you'll meet up with the old ox-wagon road. Passing plaque 17, another ascent will begin until you reach the intersection with the trail at plaque 7. Following the trail with a southwest heading from the intersection (left) will take you past the ruins of the salt factory. The trail then rejoins the 4x4 track a short run from plaque 20 that will lead you back to picnic area from which you started.

This reserve has approximately 240 bird species, 54 identified tree species and a large variety of unidentified plants, shrubs and trees. The reserve also has large mammals such as Kudu, Impala, Hartebeest and Zebra. Smaller mammals include Vervet monkeys and mongoose. Furthermore, there is a variety of insects, reptiles and amphibians.

The Tswaing meteor crater impact site is estimated to be 220,000 years old and one of the best preserved in the world. The trail will take runners to the crater floor where the Crater Lake is, as well as along with boreholes dating back to 1972. The ruins of a salt factory from 1922-1956 is on the other side of the crater rim, as well as the foundations of houses dating to the 1940's. The first concrete beacon was erected in 1953 and located at plaque 7. Whitewash was used in an unsuccessful attempt to change the color of the mined salt from brown to white in the 1960's. 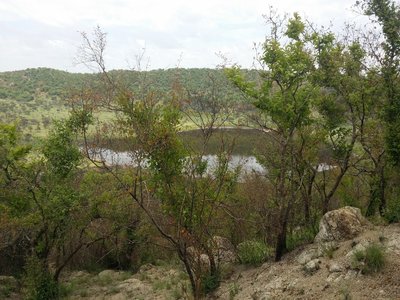 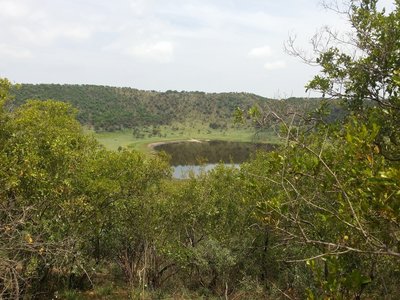 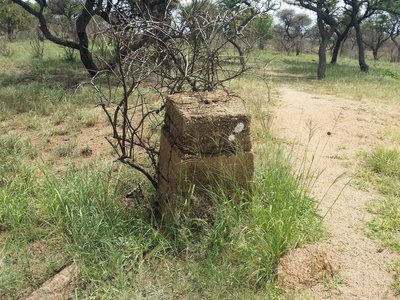