“A canyon run to an abandoned Nazi compound from the 1930's, now a canvas for street art. ” A step journey down a canyon in Temescal Canyon State Park to the ruins of a Nazi Compound. Now this otherwise unfortunate and weird piece of local history is a fairly impressive graffiti spot, with the art having a decidedly anti-Nazi slant. The destination is unique but the run still offers a canyon views of Santa Monica and the park.

While this version of the run involves one very steep grade you can also choose do it as an out and back that's longer but easier.

The trailhead is hidden behind the mansions of Rivera and the left turn towards it has zero parking or turn around space. Park somewhere close in the neighborhood. It's free but be very mindful of restrictions. Expect to have to walk at least .25mi extra.

The first section of trail is along Sullivan Fire Road, a dirt service road with a gradual incline. As it winds along Rustic Canyon take several opportunities to look back at the ocean and Santa Monica. There's no shade for this part of the run so be sure wear a hat and sunglasses. The whole trail has been tagged with spray paint, some of it well done or funny, a lot of it nonsense. Some may take issue with this. This is definitely not a run for people trying to forget about humanity. Keep an eye down the edge on a sharp left halfway down the road and you can also see an old pick-up the wasn't able to handle the turn.

.9 miles in you'll have a decision to make. To your left are some stairs. After those stairs there are more stairs. There are nice views, shade, and a sense of accomplishment, but also yet more stairs. If you're not wanting or able to do that you can just continue down the road until Murphy Ranch Trail splits off the left .5 miles on. But for everyone else; stairs. You can also do this loop in reverse and go up the stairs if you hate your calves.

The steps end at a 180 bend in Murphy Ranch Trail, follow it to the left and in 15 min you'll begin to see ruins. Going this way you'll stumble on the main building first. It's a small two story compound and on any given day you'll see people hanging out on the roof. From here a short section of Rustic Canyon Trail with lead you north to the other ruins. On the left you'll see what's left of a brick oven by a small stream and just beyond that is what's left of the stables. The stables are completely dilapidated and fenced off, though large portions of the fence are down and you can do what you want. There are several reasons not to climb around in a barn about to collapse that's also filled with bees.

Stay on Rustic Canyon Trail for 5 min and take a right where the trails fork, take a left for a longer journey (consult that listing for directions). The run up Murphy Ranch Trail is decently steep but much better than the stairs. This is the most shaded part of the journey and it's mildly steep so take your time because once you get back to Sullivan Fire Road (stay to the right at the top of Murphy Ranch Trail) it's all bright sun back. From the junction just head south down the dirt road towards the ocean and your car.

An abandoned Nazi compound operated from 1933 until Germany declared war on America and a large police force shut it down. Originally planned as a launching point for Nazi infiltration by the Silver League of America the compound was supposed to be a self-sustaining commune. In the past years the city of LA has torn down several buildings for safety reasons and boarded up the rest.

Urban legends abound over this place, many of them involving the supernatural, too many to recount here. You can find out more at your local library. 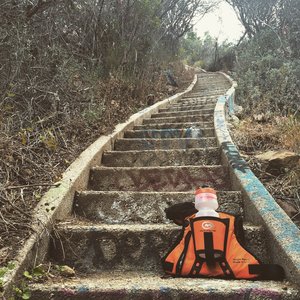 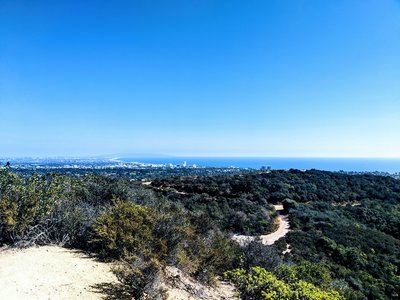 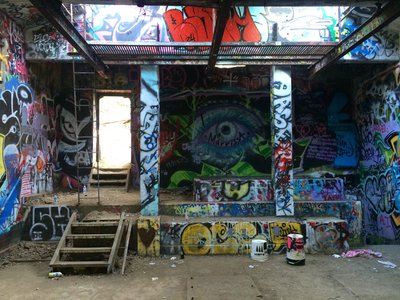 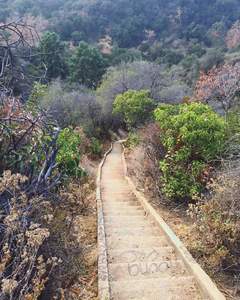 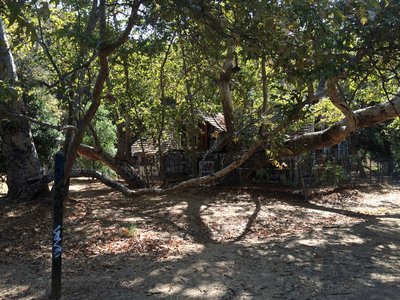 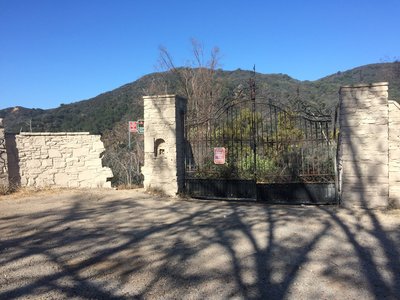 All Clear 47 days ago See History