“A nice local trail with some views of the river at the end. ” After rain the trail can be muddy and wet leaves can make sections slippery.

This is a fairly easy four mile trail but the markers could be a little more frequent as they are a little confusing at times; check the GPS trail for help. The trail starts from the parking long on the southeast side of Pohick Bay Drive and follows the same path as the Blue Trail and White Trail. You quickly pass a junction for the white trail which heads right; shortly after the Blue Trail splits and one section heads right, while the other continues along the Red Trail. After a bit, it splits off to the left and follows along the road and then behind some of the neighborhood before continuing off into the woods. After about 0.6 miles of running, the Red Trail splits to the left and right (the Blue Trail continues straight).

At this point there are some elevation changes as you run down into the creek bed and then up the other side. Most of the trail winds through the trees. About two miles along the trail, you'll descend a hill which brings you to the lakeshore. This next section follows along the water and offers some nice views. There are also some fishing spots at this point. About 3.3 miles in the trail turns away from the lake and climbs a hill. Just after reaching the top of the hill you'll cross a junction with the Blue Trail. Continue south to where the Red Trail initially split. To get back your car turn left to head east and retrace your steps.

Being the longest trail in the park also generally makes it the least popular, and so we usually don't run into as many people. Most of the trail is also open to horseback riding so watch where you step!

Avoid after the rain because it can get muddy in certain spots and all of the leaves can make other parts very slippery. 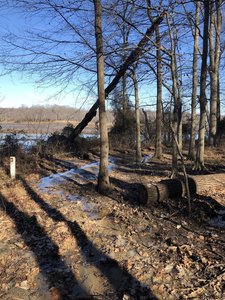 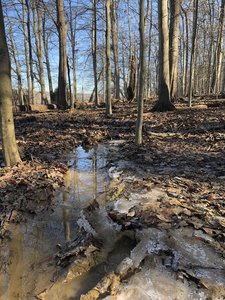 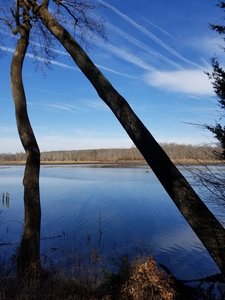 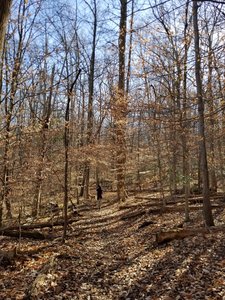 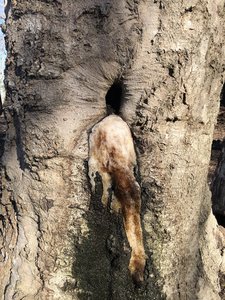 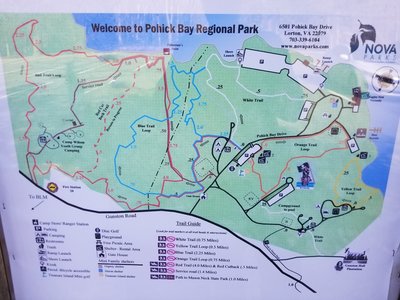