“This trail, located in the Tavush region, is rich with forests, streams, clay soil, and birdsongs. ”

Cell service is usually available throughout the run. It is not advisable to run the trail in rainy weather, as the clay soil makes it difficult to run. The 911 emergency services operate throughout Armenia in case of any accidents. Be sure to bring bottled water!

In order to reach the start of this trail, the most convenient option is to take a taxi from Yerevan to Lake Parz. Be sure to take a taxi with a working meter. The best time to visit the region is April to October.

It is advisable to take some potable water and—with the help of a GPS or the Trail Run Project mobile app—begin the run which leads from Lake Parz to Gosh village, where the Goshavank Monastery is located. The route then passes through a scenic and untouched forest taking runners to Lake Gosh, a lovely lake where the clouds and trees always reflect off the water’s surface, regardless of the weather.

Lake Parz is located about 1,350m above sea level, with a length of 300m, width of 100m, and depth between 3m-10m. The lake is fed by various springs and is surrounded by beautiful forests. The water is a transparent green color, and the trees on the opposite shore seem to float on its surface when looking across from the shore.

Goshavank is in the center of Gosh village (16 km east from Dilijan), in the picturesque green gorge of the Tandzut River. The monastery was founded in 1,188 by Mkhitar Gosh, a great fable writer and teacher, with the support of Prince Ivane Zakarian. It was originally named Nor Getik, in honor of the nearby Getik Monastery that was destroyed by an earthquake. The monastery’s name changed to Goshavank after Mkitar Gosh passed away in 1,213.

Several churches and shrines along the route display the magnificent architecture of the area. At the entrance of the monastery, there is a beautifully carved cross stone that was made by the famous master, Paul, in 1,291. The complex was mentioned in historical sources as a school, university and seminary, where subjects such as foreign language, philosophy, rhetoric, music, writing, and painting were taught. Numerous manuscripts were created and kept in the monastery.

Lake Gosh is located 2.2 km southwest of Gosh village. Formed by landslides, the lake is fed by water springs and precipitation. In the summertime, the water temperature reaches up to 14 C. The lake is 100m in length, 80m in width, 8m in depth, and has a volume of 1,500 cubic m. 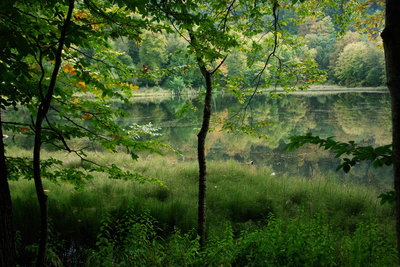 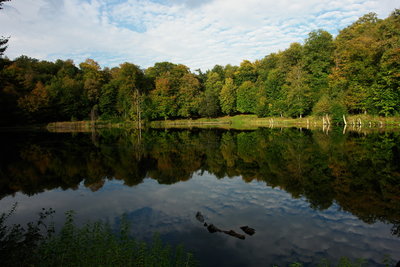 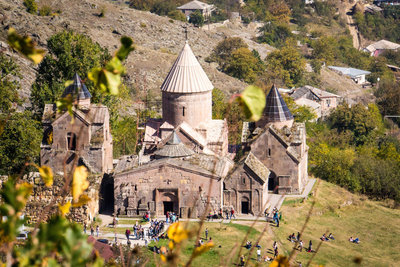 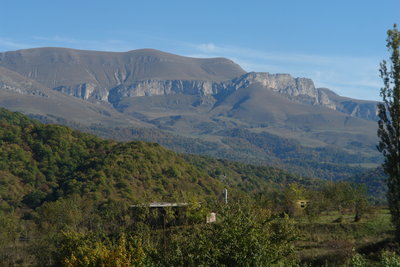 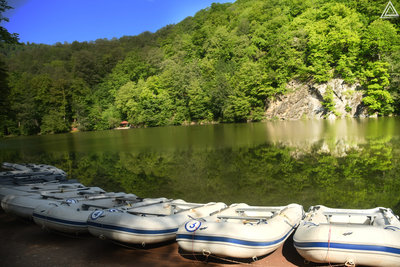 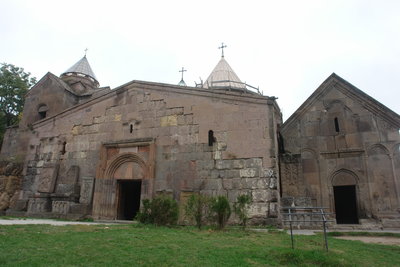