“This run is located in Lori which was once the historic Tashir region of Greater Armenia. ”

Cell service is usually available on the route (in Sanahin - Kayan - Haghpat). The 911 emergency services operate throughout Armenia in case of any accidents. Be sure to bring bottled water!

The starting point of the run is the Sanahin Monastery in Sanahin village. The trail will then lead to the hilltop Kayan Fortress before proceeding to the Haghpat Monastery (one of the most beautiful historic sites). The Haghpat and Sanahin monasteries are UNESCO World Heritage Sites—not visiting them would mean missing some very important historic sites in northern Armenia!

This run promises quite an enjoyable journey. In the distance, runners can spot settlements and villages on high cliffs, and outlines of foggy forested mountains, canyons, waterfalls, and deep gorges can also be seen. Autumn is spectacular in this area, with its vivid colors and foggy mountains. There are also many yet unexplored runs in Lori, which will be introduced to visitors when they are ready.

Sanahin Medieval Monastery is located in its namesake village, and was founded by King Ashot III, the Merciful in 966. Between the 10th and 11th centuries, it was a great cultural center, with a high school and rich library. At the end of the 12th century, Sanahin became the summerhouse of the Zakaryan family, but later returned to being a cultural and scientific center that acquired extensive estates through donations. The Sanahin complex includes the Surb Astvatsatsin (St. Holy Mother of God) and Surb Amenaprkich (St. All Savior) churches, Surb Grigor (St. Gregory) small church-chapel, three narthexes, a scriptorium, a belfry, and an academy.

Kayan Fortress is located between the Haghpat and Sanahin villages, to the right of the Armenia-Georgia highway. The fortress can be accessed via a short spur trail that branches to the north. The fortress was built in 1233 by Bishop Hovhannes, the leader of the Haghpat monastery. Nowadays, the monastery is also known as Aknaberd.

Haghpat Monastery was formerly a university. It was founded in the second half of the 10th century and was one of the religious and cultural centers of Armenia during the 10th -13th centuries. Its economic, cultural, and structural growth lasted from the second half of the 12th century up to the end of the 14th century. Its school and library were extremely well-known in the 11th -13th centuries.

This trail is recommended as a one-way trail, but if runners want a longer outing, they can return to Sanahin by the same route.

Flora: The forests of the Lori region are abundant in tree species, counting about 60 tree species and 90+ bushes. The most frequently encountered species in these forests is the Oriental Beech tree (Fagus orientalis Lipsky), which is quite demanding on soil and humidity. Other commonly encountered species are the Oriental and Georgian Oak, Georgian Maple, Caucasian Lime, and common hornbeam.

Fauna: Lori is also distinguished by its diverse fauna. Especially typical to the area are rodents like the field mouse, jerboa, blind mouse, hamster, marten, ground squirrel, as well as animals like the grey wolf and fox. Some of the common bird species are ducks, partridges, European robins, sparrows, quails, woodlarks, martins, magpies, eagles, and falcons. Because of cattle breeding in the territory, wolves are frequently “guests” here. The fauna in the province of Lori have become quite poor because of human activity. 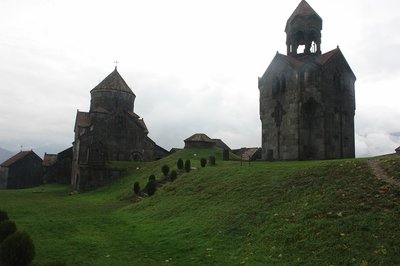 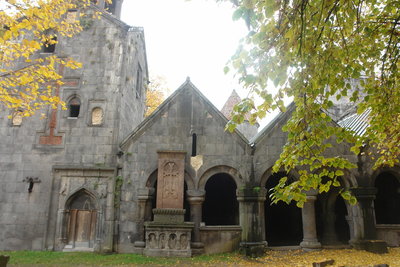 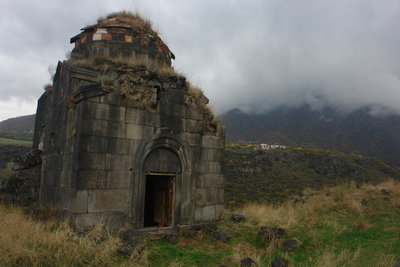