“This route, located in the Lori province, starts at the Odzun Church in Odzun village and heads south to Kobayr. ”

A mobile connection is almost always available while traversing the route between Odzun, Horomayr, and Kobayr. 911 services operate throughout Armenia in case of any accidents. Be sure to bring bottled water with you!

This route, located in the Lori province, starts at the Odzun Church in Odzun village. From there, it continues south to the medieval Horomayr Monastery, which is located 1,000m above sea level. The trail then continues on to the Kobayr Monastery, which consists of several medieval churches. This complex was one of the significant educational and cultural centers of Armenia. Runners can enjoy not only the monastery’s beauty and significance, but also the incredibly scenic nature of this area of Lori.

While passing the route, a few more chapels and water sources can be seen as well, some of which are mentioned in the route. The way back is through Kobayr. The path is easy to follow and in the distance, settlements, villages, foggy forests, canyons, gorges, and waterfalls can be seen. This is the richest province of Armenia for travel tours, with many other routes undergoing preparation to be open to visitors.

Odzun Saint Astvatsatsin Church (“Holy Mother of God Church”) is a domed basilica church in Odzun village. The current building was constructed in the 5th century in the place of its predecessor, a one-nave basilica church built by Gregory the Illuminator and Tiridates III in the 4th century. The church was covered in logs, with tiles and slabs added to the three-nave basilica in the 5th century, and domed pillars, a cupola, and stone arches introduced in the 6th century. Many Armenian records exist in the inner and exterior walls of the church. The church has had the names of Saint Astvatsatsin, Surb Nshan (Holy Sign), Saint Hovhannes (Saint John), and Khachgund. Its last name, Khachgund, was in memory of a priest buried in the churchyard. In its old age, it has undergone many renovations. Near the church, there is a magnificent monument devoted to the introduction of Christianity in Armenia.

The Horomayr Monastery is a medieval architectural complex located 1 km from Odzun village. Its first known mention was in the 7th century. It consists of two groups of buildings, one situated on the Debed canyon’s slope, and the other on the plateau.

The Kobayr Monastery is a medieval Armenian monastery located near Kobayr village. The monastery was built upland, on the edge of the gorge of the Debed River. It was one of the medieval period’s famous spiritual, cultural, and educational centers of Northern Armenia.

Fauna: The Lori province also has incredibly diverse fauna. Rodents are particularly common here, of which the field mouse/common vole, five-toed jerboa, and hamster are widespread. There are also martens, ground squirrels, grey wolves, and foxes. Birds like ducks, grey partridges, redbreasts, sparrows, quails, wood larks, swallows, magpies, eagles and falcons can be found here. There are few reptiles. Because of ranching development, many wolves penetrate residential areas, threatening cattle. The fauna of the province have become rather poor as a result of human activity. There are species of animals that have disappeared or are on the verge of extinction. 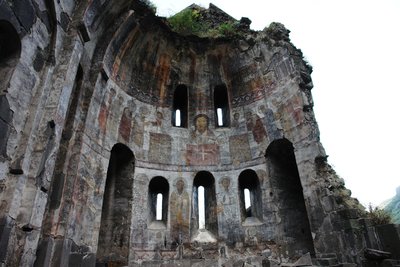 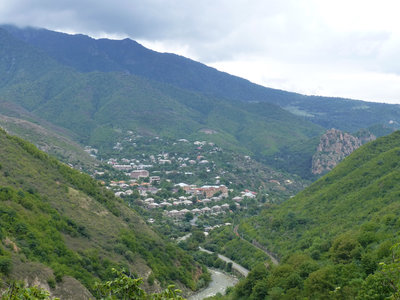 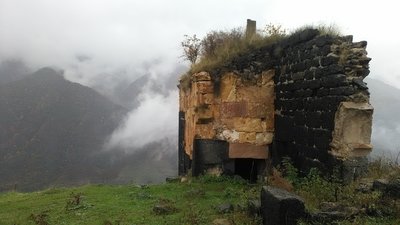