“The jewel of southern Johannesburg. ”

A hidden jewel in the heart of southern Johannesburg with moderate climbs and descents. This loop offers excellent views and an abundance of wildlife.

Take enough water as the sun and ascents can leave you parched.

The start of the run heads south on the Bloubos Trail from the parking area. The trail is nicely shaded by trees as it follows along the Klip Rivier, but it opens up into a bushy/shruby environment after roughly a kilometer. The trail will take you past some "Rondawels" constructed in the early 1850's, and toward the Marais Farmstead, a historic landmark located in the southern section of the reserve. Here is where the Bloubos Trail ends.

From the homestead, head east on the Tswana Trail, to the first climb leading you toward a Tswana dwelling reconstruction. The Tswana Trail ends at the intersection with the Kiepersol Trail. Take a right, venturing north on the Kiepersol Trail which remains fairly flat. Turning right at the intersection of the Wildebeest Trail, this run will remain flat for a short distance until you reach a climb that leads into the mountainous area.

Pass the Ruins Trail and you'll shortly reach an intersection where the Beacon Trail splits off both ways. Take a left to head southwest for the final descent through a dried up riverbed which will reconnect with the Bloubos Trail. Turn right to head north on the Bloubos Trail which will return you to the entrance.

The trail has a fairly flat surface with easy running, though there are a few demanding climbs, challenging descents, and some scrambling. Though the elevation changes can be a bit challenging, they are well maintained with steps etched into the path.

The reserve is home to approximately 215 bird species, which include Barbet's, Swifts, Swallows, Crows and Doves. 9 large mammal species which include Zebra's, Black Wildebeest, Blesbok, Springbok and Red Hartebeest. There is also an assortment of insect life, including various butterflies, geckos and lizards. Smaller mammals in the reserve include Klip Dassies.

The trail will take you past the ruins of "Rondawels" and the "Marais Homestead" which were constructed in the 1850's. The loop also passes a burial plot with graves from the 1960's. You'll also go past a Tswana dwelling reconstruction and see a few kraals. 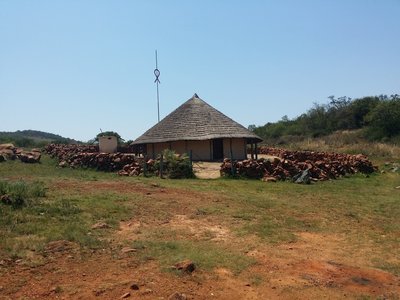 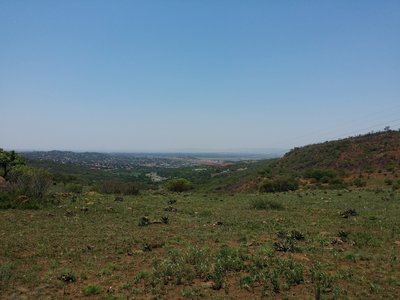 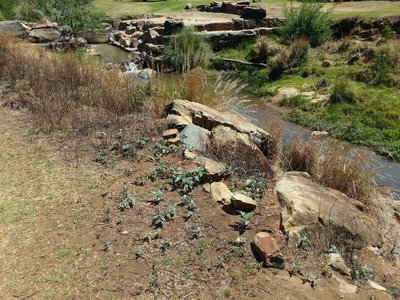