“The jewel of southern Johannesburg. ”

The nature reserve opens daily at 7 a.m. and closes at 6 p.m.

The Klipriviersberg Nature Reserve is a hidden jewel in the heart of southern Johannesburg with running and hiking trails to accommodate every level of fitness.

Take enough water as the sun and ascents can leave you parched.

The start of the run is southbound and covered with tree tops as it follows along the Klip River on the Bloubos Trail, but opens up into a bushveld environment after roughly a kilometer. The trail will take you past some Rondawels constructed in the early 1850's, and toward a historic landmark, the Marais Farmstead, located in the southern section of the reserve.

From there, the trail will take you westward on the Gifbol Trail, to your first river crossing at a bridge constructed from gum-poles. From this point, the path ventures north on a section of the Dassie Trail, which connects to the Sunbird Trail. The trail continues north to northwest, and the ascent becomes more intense.

The trail has a fairly flat surface with easy running, demanding ascents, challenging descents and some scrambling. Both the ascents and descents are on well-maintained paths with steps etched into the path.

The reserve is home to approximately 215 bird species, which include barbets, swifts, swallows, crows and doves as well as
nine large mammal species which include zebras, black wildebeest, blesbok, springbok and red hartebeest. There is also an assortment of insect life, which includes various butterflies, geckos and lizards. Smaller mammals in the reserve include Klip Dassies.

The trail will take you past the ruins of Rondawels and the Marais Homestead which was constructed in the 1850's, as well as a burial plot with graves from the 1960's. 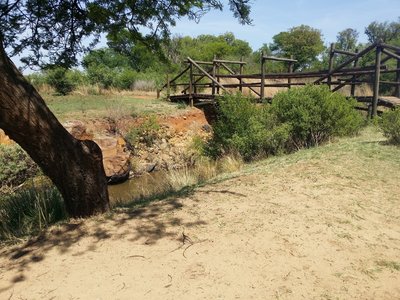 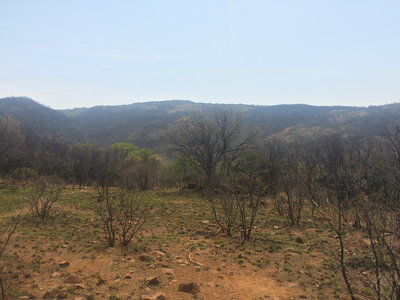 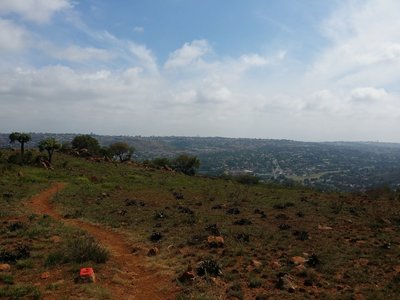