3.9 (15)
Plan with onX Backcountry
Previous Next

“A day run with beautiful views and varying levels of difficulty! ” This is a 3.2 mile loop run that summits Mount Watatic, hits a lookout spot just beyond the summit, and loops around to Nutting Hill. It has access to the Wapack and Midstate trails for longer excursions. This makes for a great family run. Dog friendly, as long as they are on a leash.

Mount Watatic is a 1,832 foot (558 m) monadnock located just south of the Massachusetts-New Hampshire border, at the southern end of the Wapack Range of mountains. It lies within Ashburnham, Massachusetts, Ashby, Massachusetts, and New Ipswich, New Hampshire; the 22 miles (35 km) Wapack Trail and the 92 miles (148 km) Midstate Trail both cross the mountain.

There is a small creek crossing within the first 0.25 miles. Nothing major and it is currently a high water season. Should be crossable in most conditions.

From the parking area on the north side of Hwy-119, head north on Wapack Trail. After about 0.3 miles, at the junction Midstate Trail, turn right to continue following Wapack Trail. Here the trail begins to climb, steeply at times, over several several rocks and boulders, causing you to work up a sweat. The climb may be tough at times but the views from the summit are beautiful. Head a little east to an even better boldface lookout which makes for a great place to stop for lunch.

From the summit of Mount Watatic, descenda fairly mellow trail heading northwest on Wapack Trail (this is not the same trail you came up). The trail eventually turns north and climbs another mellow grade to the top of Nutting Hill, a good rocky resting spot, but with little to no views as it is below the tree line. At the top of Nutting Hill is the intersection with Midstate Trail. Take a left to head south on Midstate Trail along a gradual and rather enjoyable descent.

Most of the trail was covered in various rocks, but there are ways around the larger obstacles.

BEWARE that there are many trails that go off of this. We started down the road from the Summit that had electric poles set up and had to circle back to the lookout spot. Also when you leave the summit there is a sign for "Access Road", that is not the trail. We went down that a bit and had to cut over on a small trail to the left to get back on to the main trail.

To continue to Nutting Hill, if you go back to the summit and follow the trail you came up for a few yards, the trail will split and there is a dark wooden sign on a tree between the trails which says 'Wapack Trail North' with an arrow pointing right, and a white decrepit sign below that saying 'MidState Trail', take the right trail to go to Nutting Hill. In a hundred yards or so there will be a white post in the ground on the left, with a yellow triangle in the top; take the trail to the left here to go to Nutting Hill. Overall, a relatively easy run with a great reward!

In 2000, the summit of the mountain was sold to Industrial Communications and Electronics for the development of a 150-foot (46 m) cellular telephone tower and a road to the summit. In 2002, the mountain was purchased by the Ashby Land Trust, the Town of Ashby, the Ashburnham Conservation Trust, the Town of Ashburnham, Mass Dept of Fish and Wildlife and Mass Dept of Conservation and Recreation. The purchase resulted in the permanent protection of approximately 281 acres of the mountain, including the summit. 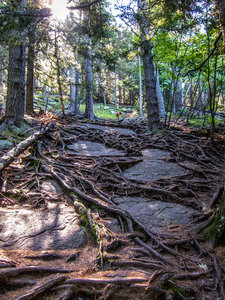 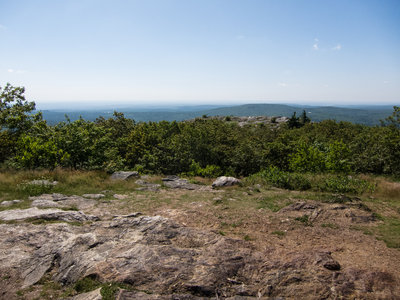 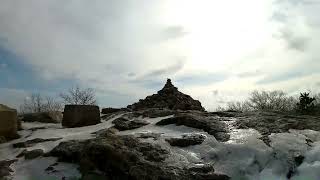 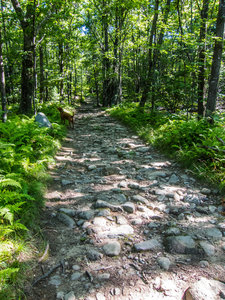 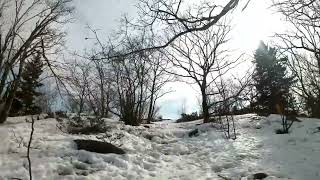 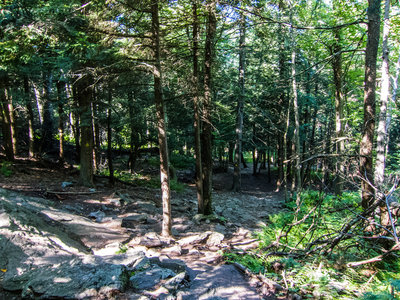