“Run up from the beach to Nicholas Pond. ”

Start this trail from the trailhead located just past the Leo Carrillo State Park's entry point, across from the parking lot that is open to day use. The trail will start out along the marked Camp 13 Trail. Very quickly after joining the trail it diverges in two directions. The trail to the right is the Willow Creek Trail and the trail to the left is the Nicholas Flat Trail. Stay to the left on Nicholas Flat and head north while climbing up these coastal mountains.

Right after turning onto the designated Nicholas Flat Trail you'll start to climb steeply above the park's campground. You'll then run some switchbacks until eventually reaching a ridgeline saddle, at which point the Willow Creek Trail re-converges with the Nicholas Flat Trail. At the saddle there is a brief offshoot of the trail that goes southward to a hilltop. Take this brief detour to catch some great coastal views before returning to the Nicholas Flat Trail.

The trail will then take you along the ridgeline as you gain even more elevation. The views will steadily become even better the further up the ridgeline you run. After being on trail for about 2.6 miles the path will level out on top of the ridgeline as you come to a juncture with the Ridgeline Trail. Avoid taking the Ridgeline Trail by staying to the right and run for another 4/10 of a mile before reaching a 4-way trail juncture. Head to the east here toward Nicholas Pond for 3/10 of a mile on one of the two trails that go that direction (one to the north and one to the south of the pond). The trail ends at the pond with a meadow alongside it.

Look out for the following flowering plants along the trail, especially in the springtime: shooting star, hedge nettle, sugar bush, purple sage, chamise, burr clover, and many more.

If you're lucky you might catch a glimpse of a deer along the surrounding hillsides. 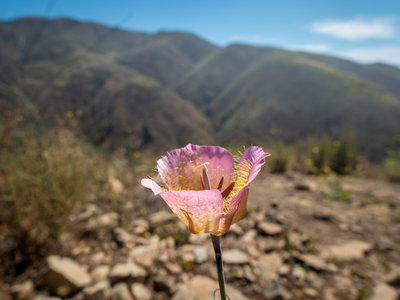 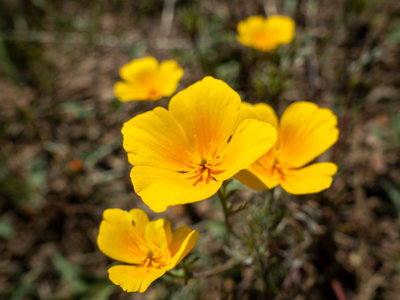 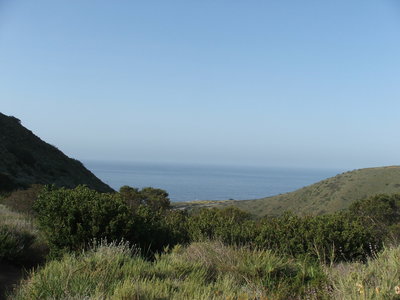 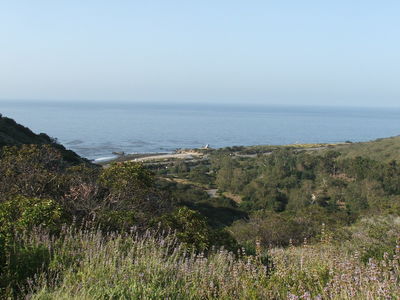 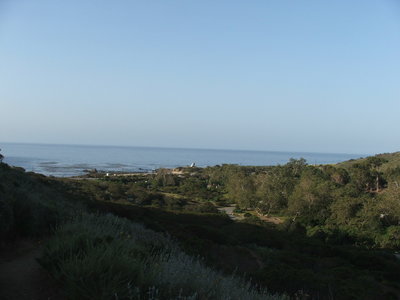 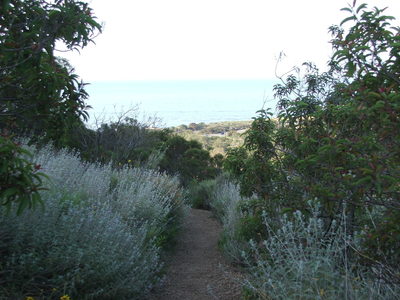