“A massive loop through Malibu Creek State Park utilizing the Backbone Trail for spectacular views along the way. ”

This loop, totaling nearly 15 miles in distance and over 2,700ft in elevation gain, is a great opportunity for a full day run in the Central Santa Monica Mountains that has lots of diverse terrain and views.

This run starts from the parking lot at the entrance to Malibu Creek State Park. From here follow a dirt path south toward the campgrounds nearby. Continue further and slightly to the right through a meadow in order to reach the group campsites that are present within the park. At this point join up with the Tapia Spur Trail.

Follow the Tapia Spur Trail for 1.2 miles along a ridge line and down into Tapia Park. The trail will then come close to the trailhead for the Piuma portion of the Backbone Trail that sits along Malibu Canyon Rd. Join the Backbone Trail from here as it heads to the southwest (on the western side of Malibu Canyon Rd.). Follow this for 6/10 of a mile before the path turns into a wider fire road and then continue up the ridge. Along this ridge there are great opportunities for views of Santa Monica Bay and the coastline, as well as some of the nearby islands in the Pacific.

The run then turns southward toward Mesa Peak before soon hitting the Mesa Peak Motorway (a portion of the Backbone Trail) trail juncture. Turn right at this point and follow the trail to the northwest as it gains elevation. Along this portion of the run there are great views of Goat Butte. Roughly 2.6 miles after the Mesa Peak Motorway trail juncture there is a point where a footpath departs from the fire road the right. Follow this footpath for nearly 1/2 mile until you hit the Corral Canyon Road parking lot.

At the Corral Canyon Road parking lot you should leave the Backbone Trail and follow signs for the Castro Peak Motorway. Stay on the Castro Peak Motorway for 8/10 of a mile before diverting to follow the Bulldog Motorway. At this point you'll be more than halfway done with the loop. As you follow the Bulldog Motorway you'll drop in elevation and pass under electrical lines. Roughly 2.7 miles of running later you'll hit the Crags Road junction.

Follow Crags Road to the right as you enter Trinfuno Canyon. Along the way you'll pass by some of the old sets that were used for the filming of the TV show M*A*S*H and left behind. Crags Road then passes Century Lake before descending to Malibu Creek. A fork in the path will appear with the option to run left or straight. You can take either direction as they will rejoin with each other shortly along the river. Once the two paths rejoin simply take Crags Road until it end at the original parking lot to complete the loop. 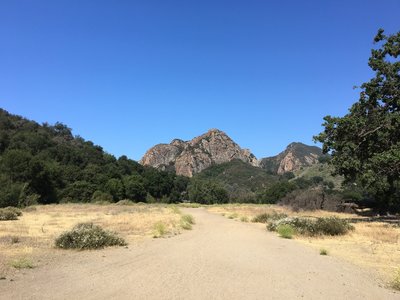 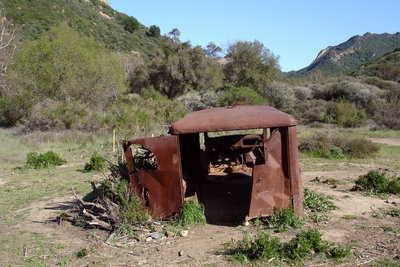 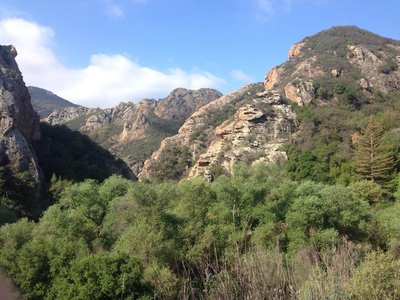 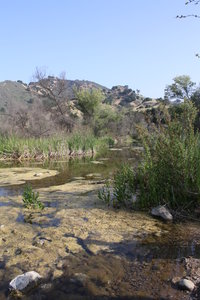