“Lewis Loops (Gyre and Gimble) offers some of the best views of any trail in the watershed. ”

These loops feature more vertical than one might think.

Lewis Loops, built in 2016, is a figure-eight trail comprised of this larger Gyre loop and smaller Lewis Loops: Gimble trail.

The Gyre loop is closer to the Caterpillar Trail, from which Lewis Loops starts. Proceeding clockwise on Gyre, one enjoys a steady climb with great eastern exposure and views of Ashland and eventually Mt McLoughlin to the north. You pass by a large, still living Ponderosa that was struck by lightning--notice the vertical "claw-like" marks. This is in contrast to actual bear claw marks on madrones in the area (and on the Lewis Loops: Gimble trail).

You continue up to a ridge on an old fire break, converted into a trail (formerly called Pete's Punisher) to a particularly noteworthy viewpoint where one can see Mt. Ashland to the south and Mt. McLoughlin to the north. Just below you to the south is the Research Natural Area, about 1600 acres of Ponderosa pine, Douglas fir, sugar pine, white fir and Pacific madrone. Much of this is visible along this trail. Wildflowers abound: mountain lupine thrives here.

After descending Gyre, still in the clockwise direction, you reach the intersection with Lewis Loops: Gimble. Gimble is mostly an out-and-back along a ridge but features a short loop at the low end with some different views of the watershed and Rogue Valley. Look for the bear claw marks on one of the madrones (the bears like the berries). Remember, when you descend Gimble, the only way back is to return the way you came--back to Gyre and Caterpillar Trail.

Bear, deer, mountain lions. Lupine, poison oak. Many other flowers. Some endangered plants (e.g., Horkelia tridentata) may be found near the trail. 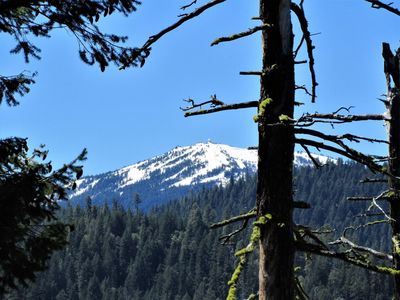 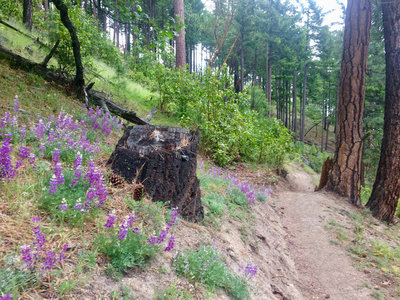 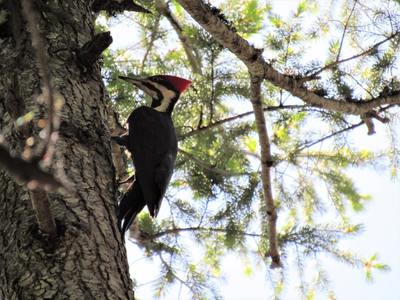 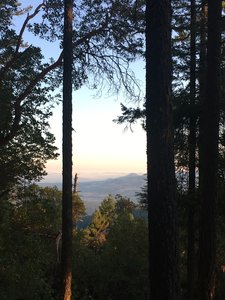 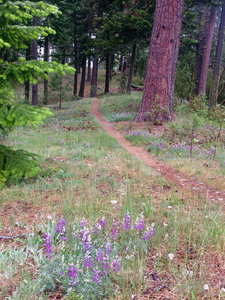 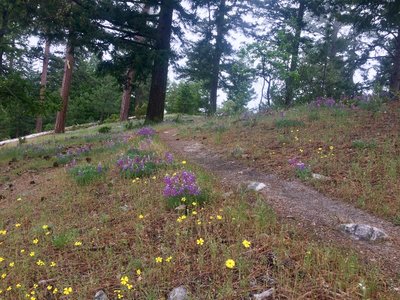