“A difficult trail that takes you to one of the highest peaks in the Salt Lake Valley and some incredible vistas. ”

Lone Peak is one of the tallest and most prominent mountains around Salt Lake. This is the mountain that separates the Salt Lake and Utah valleys. The Jacob's Ladder Trail is arguably the most popular route to the summit, offering you incredible views along the way to the summit, not to mention spectacular panoramas from up top.

Due to the high elevation, there can be snow near the top until midsummer, making the final approach difficult and dangerous.

There is not much shade on this run. Plan accordingly and bring lots of water.

The parking lot for the Jacob's Ladder Trailhead is a dirt road 2.6 miles from the access gate at Orson Smith Park. High clearance is recommended. Alternatively you can take the Cherry Canyon Logging Trail route, which adds about three-ish miles and another 900 ft or so of ascent.

This route is simply not trail-runnable for mere mortals. If you're a demi-god of the running world, there's a slight chance you could make this work, but remember that you'll need to carry an immense amount of water, food, and gear to do it safely.

This trail, though not incredibly long, is very steep and physically taxing. There is little shade throughout, so getting an early start, especially in the midsummer months, is crucial. You'll want at least four liters of water and plenty of food to keep your energy up.

The first part of the trail is pretty straightforward. It starts out at a moderate grade, but at about two miles in, the "Jacob's Ladder" section starts.

The Ladder goes for about 1.5 miles, from about 7,000 ft to 9,100 ft, and is the most draining part of the run. After that, it levels out for a while, and you pass through a small-but-beautiful meadow (which I've heard is full of flowers in the earlier parts of the summer) before coming to a section of bare mountain rock. From this point on, the trail is not well-defined. There are cairns (some very large) to help mark the way, but if you lose track of them, just keep heading northeast and you'll be fine.

At about the 4.8-mile mark, you can either stay low and follow the creek or continue along the rock ridge until you reach the scree field (lots of large boulders). Stay out of the scree field (unless you're planning on doing some rock climbing in the cirque), and instead head north up and over the small ridge, across a small meadow, until you get to the steep ridge heading up to the peak.

The final 0.5-mile stretch is pretty steep and rocky, but the trail isn't hard to follow: you'll head east by southeast, and come up on the peak from the north. I'd describe it as climbing up the spine of the mountain. The final few hundred yards are spent mostly scrambling up large rocks; be very careful and take it slow, as there are some spots with steep drop-offs. Soon, you'll have reached the summit and be treated to some amazing views of the surrounding mountains and valleys in all directions.

Take care heading back to not get lost – the cairns are not great, and most are positioned to be more easily seen heading up than heading down. But be glad that you were able to conquer one of the toughest day runs in Utah!

Parry's primrose and subalpine fir are common occurrences along the route. 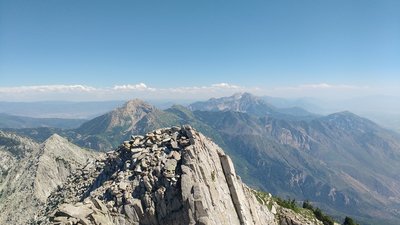 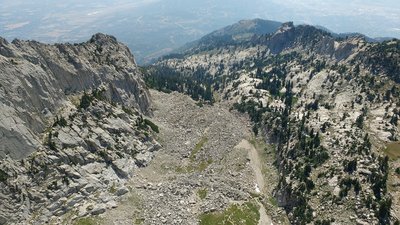 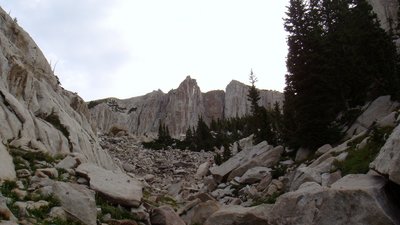 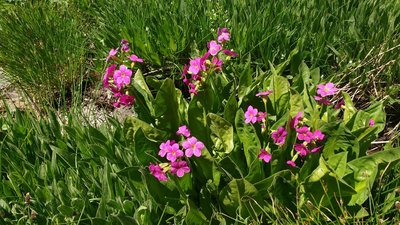 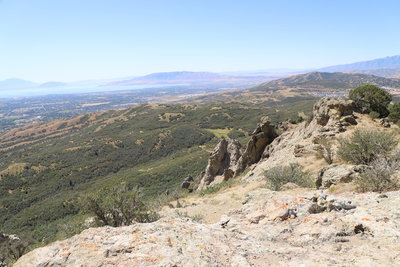 All Clear 16 days ago See History