“A great mix of doubletrack, singletrack, and cross-country travel to the high point of Salt Lake County. ”

This beautiful trail climbs steeply through a variety of alpine environments - starting at a lake, crossing a creek, ascending through a forest and up through some alpine meadows, and finally ending at the top of the high point of Salt Lake County - American Fork Twin Peaks where you can get amazing 360-degree views of much of the rest of the Wasatch Range and into the Salt Lake Valley, as well as out to the Uintas on clear days. A couple of fun sections include the portion (about 3.5 miles in) where you can turn off the road onto a very steep singletrack that goes up a ridge, and then crosses through a meadow of flowers on the top of the ridge. The ridge in between the East and West twins is also a pretty fun, technical section. The descent on the road is a blast, since the switchbacks are slightly bermed and allow you to make the turns at full speed on the way down.

I have read that Major Evans Gulch (the drainage beyond the locked gate at mile 3.5) is private land. It is a forest service road on private land, so I'm not sure if you are allowed to run on that portion of the road or not. It might be best to avoid it, unless you have permission from the land owners to be on it (correct me if I'm wrong on this part). The route, as mapped on this featured run, takes a small singletrack trail that avoids the private property.

Also, there aren't really any places to get water on this route (except for at the beginning and maybe the snow at the top) so bring all of your own.

From the Silver Lake Flat Trailhead, instead of taking the singletrack up the Silver Lake Trail, continue on the dirt road (Silver Lake Road FR 008) that you used to get up to the reservoir. The road immediately crosses a creek (which can be pretty wide in season, but has lots of rocks that make it easy to cross if you don't want to get your feet wet, or is pretty shallow if you just want to barrel through it) and then starts to climb up through a meadow where there are several camp spots.

Not far from the start, the road turns into Forest Service Road 193 and then starts to get into the forest, and hits its first switchback (as long as you stick to the right as you're ascending the road). This early section of the road where it starts to get into the switchbacks can be pretty rocky, especially on the way down, but it doesn't matter much on the way up. However, after a few switchbacks the trail does smooth out quite a bit, although there is generally a pretty deep erosional rut in the middle of the road. However, you can easily stay to one side of the trail or the other, or bounce back and forth between sides to avoid the rut.

After about 3.5 miles, the road breaks out of the forest onto the edge of a ridge (at this part, there is a closed gate over the road). The road continues past a closed gate (on private property), but the better option (in my opinion) is to go straight up the ridge on the faint singletrack trail that heads up to the left. The trail is steep and rocky, but allows for a quick ascent of the ridge, and eventually puts you up on top where you can start to get some great views of the surrounding area, and can get in a fun, quick section of ridge running. Then the trail starts to ascend again up the rocky ridge back toward Forest Service Road 193 again.

Once back on the road, you get to a point where the road is just as steep as the trail was previously, and just as rocky as well. This part doesn't last too long, and there is a slight descent, but then the trail turns into an unmaintained singletrack as it ascends westward along the ridge up toward the Twin Peaks.

Eventually, the trail hits the top of a small subpeak and then heads north along the ridge toward the East Twin. This is a rocky but fun section, and then a steep climb up to the East Twin. From this peak, it is a short run down and then back up to the West Twin (which is the taller of the two twins, and the real high point of Salt Lake County). After that, you return the way you came, which is a really fun and variable route. It starts out steep and technical, but eventually hits the dirt road where the running gets easier, but there are still hits a couple of fun, technical sections. 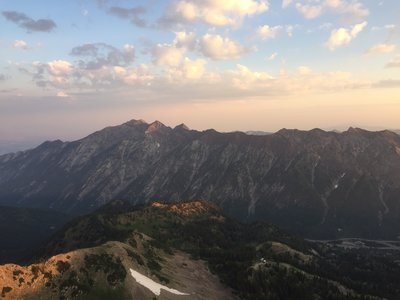 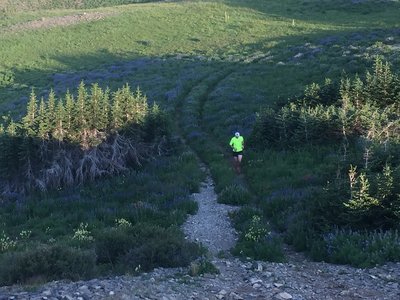 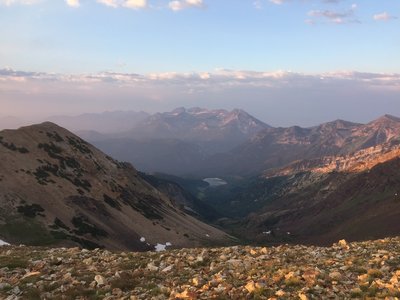 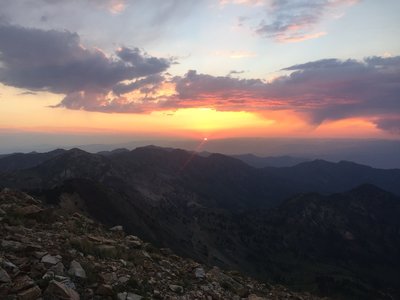 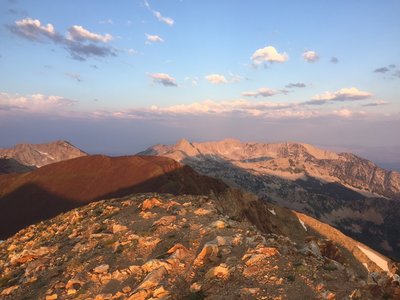 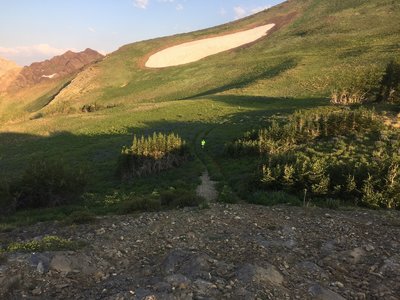 Sep 15, 2020
Bennett Levine
Did this route to a tee and was stopped by owner of property on the way down. Nice guy but private property so not sure if this route is recommended
Oct 5, 2018
Shukai Mao