“This short loop off Mine Hill Trail that visits old mining sites. ”

From the Mine Hill Trail, the April Trail starts off through the woods. It soon emerges from the woods on a hillside, with views of the San Francisco South Bay area and East Bay hills, to the right (northeast). About .2 miles from its trailhead, it rounds a U-turn bend, and the old mining trestle, April Trestle, remnants come into view on a distant hillside.

The April Trail continues through the woods, on the hillside of Mine Hill that is to the right of the trail. Soon a small wooden structure comes into view. This is the restored Powder House. Blasting powder used to make the mine tunnels, shafts, etc. was kept in the Powder House. 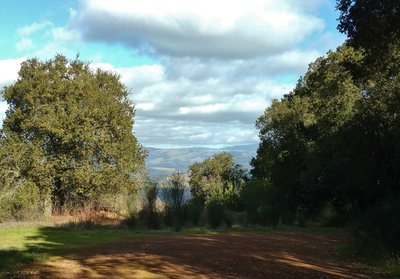 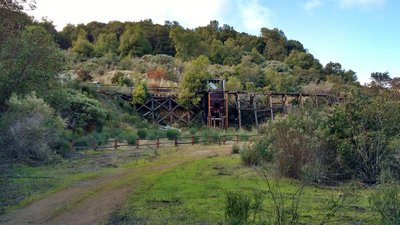 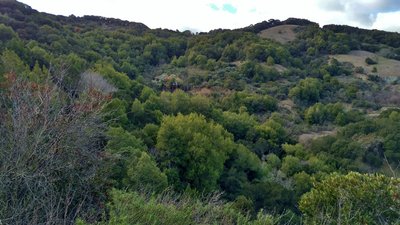 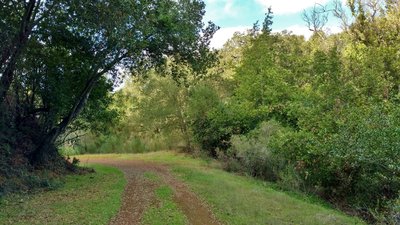 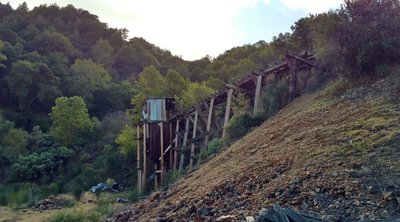 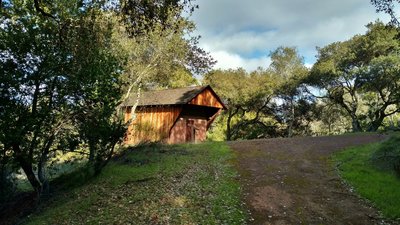