Occasionally closed due to flooding on a low section after heavy rains. Usually in Spring season.

Straight as an arrow configuration may be possibly boring to some, but good surface with a fair amount of shade. Trail crosses traffic at two locations but is usually light. Nice 5K trainer as it's length is almost exactly that.

The H.U.M. Trail (a.k.a. the Huntley-Union-Marengo Trail) was planned to link all three of its namesake northern Illinois towns, but so far only connects Marengo and Union.

The rail-trail has two railroads in its history. The still active line on its north side—what makes this a modern rail-with-trail configuration—was built by the Galena and Chicago Union Railroad. It holds the distinction of being the first line to be built out of Chicago. Parallel to the trail on its south side used to be a line of the Illinois Traction System, an Interurban electric railway with service to many communities all over the state. Several Illinois rail-trails are built on sections of this old railroad.

The trail is mostly flat and pleasantly shaded in parts, as it passes by cultivated fields along the railroad tracks on one side. It has nice in-town connections on both ends, inviting the use of local residents and travelers alike.

Just 1.3 miles beyond the present trail end in Union is America’s largest railroad museum, the Illinois Railway Museum. One day this will be the centerpiece of the H.U.M. Even now, it’s a ‘must see’ while in the area.

The trail is maintained by the McHenry County Conservation District.

A few wildflowers. Not much else. 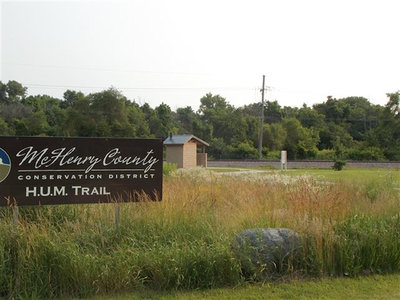 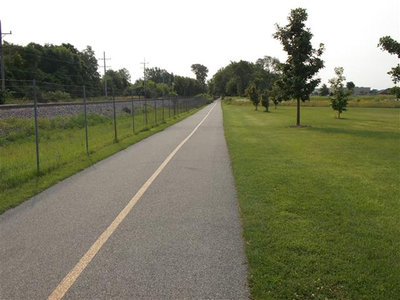 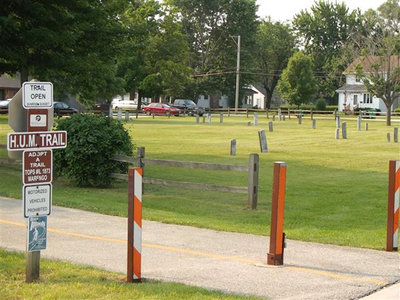