This loop circles around the Solamere (April Mountain) area of Park City/Deer Valley. Well-marked and maintained, it's slightly rocky with a decent ascent/descent and good amounts of sun exposure. The trail is multi-use so expect to see mountain bikes.

Parts of Gambel Oak/Masonic (middle 1/3) are shady and were snowy in April. The rest was quite sunny; I'd imagine it gets pretty hot in the summer. Not many trees for shade (mostly sage, scrub oak, etc.)

Rocks and roots, some mud.

Parking is a small, unmarked space (can fit 2-3 cars) to the right of the very beginning of Aerie Drive. From there, run up Aerie and look for the trailhead marker on the right (across from 2nd house up road) to start - Lost Prospector. The beginning is relatively flat, open country and takes you past a municipal water tower - then follow the trail to the second access point to the paved street (Mellow Mtn. Rd.)

Follow the street down a short stretch to resume (beginning of Gambel Oak Trail) on the left. Climbing Gambel Oak is the most strenuous part as there are lots of switchbacks and rocks, getting into shade (and snow in April!). The view changes from Old Town Park City toward the ridge between Park City/Deer Valley.

Toward the top, the trail diverges with April Mountain and Masonic - stick to Masonic. This is essentially the "summit" with views of rolling hills (and some large houses!) Continuing down Masonic, you eventually come to the last fork - Masonic or re-connecting with Lost Prospector. Both trails will take you back to the parking area, but I opted for Lost Prospector since is was easier and sunnier. The last part of Masonic back to Lost Prospector has some great views of Park City Resort as well as town. 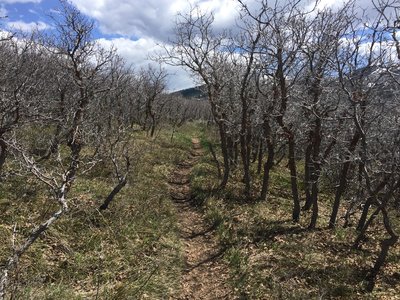 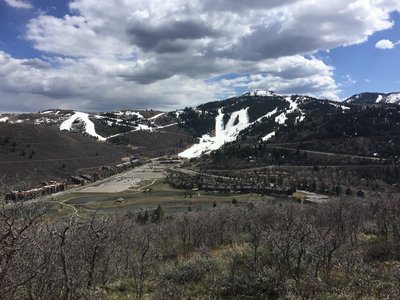 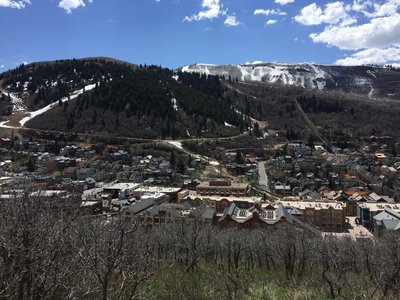 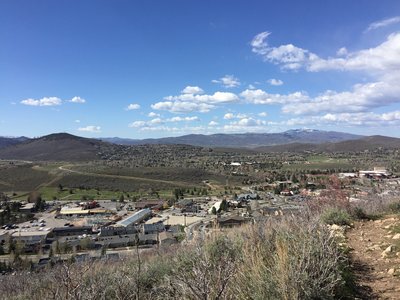 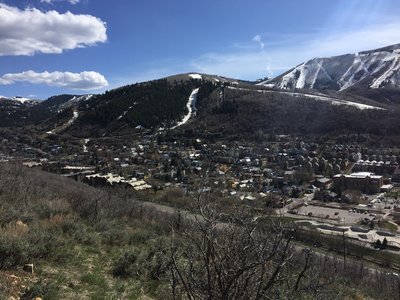