“A popular walking and running trail that offers views of Stanford and the South Bay. ”

The Stanford Dish area is closed in the evenings, and the times vary depending on the time of year. Please refer to the Stanford website ( dish.stanford.edu) for hours that the trail is open.

Parking along the streets is restricted. The Nixon Elementary school parking area is restricted during the week, although it is open on the weekend for parking.

The trail is popular with runners and walkers alike. The trail is wide, roughly 10-12 feet, so there is usually plenty of space for passing people without running into people coming in the opposite direction. The trail is very hilly, so there are lots of climbs and descents along the trail.

The Stanford Dish Loop Trail is a popular, paved trail that hikers and runners use for recreational purposes. The trail follows rises and falls along the hills above Stanford University, where various research and academics projects are happening.

There are several gates that provide access to the Stanford Dish area. The Piers Gate is located off Alpine Road and has a small parking area. The Gerona, Frenchman's and Stanford Gates are all located off Junipero Serra Blvd. There is limited parking along Stanford Ave, although you can park at Nixon Elementary on the weekend.

The trail begins to climb for roughly .9 miles from Junipero Serra Blvd. Around .25 miles, the trail moves through a shaded area, the only real shade along the trail. As the trail climbs the hill, views of Stanford University, Hoover Tower, and the rest of the South Bay come into view on the left hand side of the trail. At the top of the hill, the trail turns to the right and climbs less steeply as it passes some antennas used by the university of research. As it turns to the right, the trail begins a gradual descent past one satellite dish before quickly climbing a hill and arriving at the Stanford Dish, which was built in the 1960s and is still used for research purposes today.

On the left, the Stanford Dish: Ranch Road via Piers Gate Trail descends to Alpine Road. The trail levels off at this point as it winds it way along the hill top. Views of the surrounding hills, the San Mateo Bridge, Stanford, East Bay, South Bay and if it is clear San Francisco, are offered along this part of the trail. It's the most level part of the trail before it begins to descend around 1.8 miles. Dropping 200 feet in about .8 miles, the trail winds downhill until it levels off as you approach a junction. Straight ahead, the trail goes to the Gerona Gate. The loop trail goes off to the right and begins to climb a hill before it starts descending again. On the left side of the trail, there is a small, paved side trail that leads to the only water fountain on the trail.

The trail continues to rise and fall until it reaches another junction. To the left is the Frenchman's Gate, while the trail goes off to the left, where it climbs up another hill before intersecting with the trail that leads back to the Stanford Gate.

The trail descends back down to the gate at this point.

Wildflowers can be seen in the winter and spring growing alongside the trail. Stanford University is also working on habitat restoration, planting native trees along the trail and in the areas surrounding the dish to restore the habitat to its former state.

Deer, coyotes, ground squirrels, snakes, tarantulas, and a variety of hawks have been seen in this area. 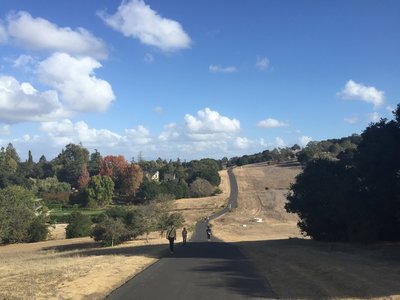 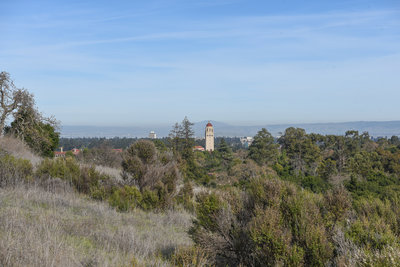 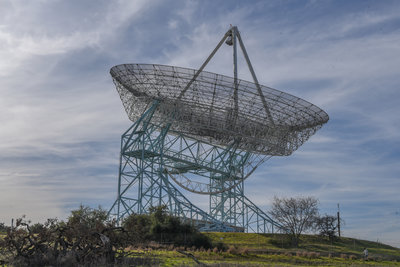 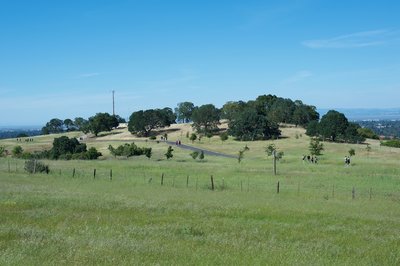 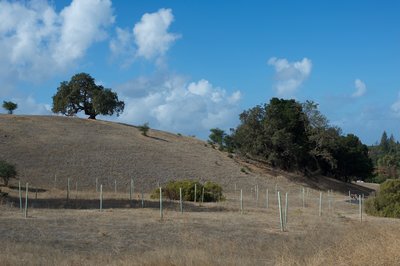 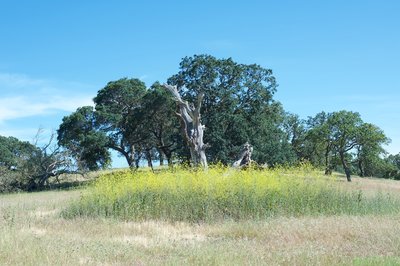