This route gets you to the boundary area of the Passayten Wilderness and to an area of alpine tundra in the lower 48.

Maps and trails don't jive in this remote area, plus there are lots of user-created trails that will cause confusion, so make sure you bring a map and compass plus GPS or use the Trail Run Project mobile app.

We started from the Thirtymile Trailhead on the Chewuch Trail #510, then merged onto the Tungsten Trail. First, we made our way along the Chewuch River for 8 gentle miles, before the trail makes a gentle ascent. There were two big elevation gains, and no switchbacks. It just went up. We saw a spruce grouse in a tree next to the trail. We had hoped to get to Tungsten Lake, but after 17 miles we needed to find a campsite and water plus it started to snow so we continued on to the Boundary Trail - Pasayten Wilderness Trail. It continued to snow lightly our first night.

We decided to do a day hike from the first night campsite to Apex Mountain, 8,325 feet, one of the highest in the Pasayten. We found a peak log and entered our data. At the summit, we were rewarded with spectacular views for miles around, including Mt Baker in the distance. Later in the day, we saw a black bear running at full speed across the small valley from us. There are Grizzlies here but we only saw black bears.

We headed out from our camp intending to go to Cornwell Lake about 10 miles away. As we left camp, it was snowing lightly and there were low clouds that obscured most everything greater than 500 feet. It wasn't quite as cold as the previous day but cold still. We made Apex Pass at 7,800 feet. Next was Cathedral Pass at 7,400. On the way there we saw another spruce grouse. At Cathedral Pass, it was very foggy. You could barely see the lake. We decided to take a side trip to the lake. It was so beautiful that we all agreed to spend the night here. Sheer cliffs loom over one side of the lake making for a spectacular scene.

From there, our party took a day to explore the flanks of Cathedral Peak. We were greeted with rolling hills that were covered in blueberries which our dogs ate where they could find them. We also saw numerous places with bear scat so they were also eating the berries and leaves. From the flanks, it is a short distance to the Canadian border.

We did a long haul back to the beginning of the loop, 22 miles total from Cathedral Lake to the trailhead. The return journey is tough, with a brutal rock trail that leads downhill, for much of the way.

We did a cross country trek from the lake to the Chewuch Trail #510, where both creeks meet below Remel Lake. The map we used shows trails where they aren't and gps also had wrong trail information. We did make our way to a possible trail behind Amphitheater Mountain which might take you up to Amphitheater Mountain the back way. Most of this portion was on the Chewuch Trail #510.

A long portion of that trail is strewn with rocks and is really tough on the feet. Even though the Tungsten Trail has some tough uphill sections without the aid of switchbacks, I prefer it. Even better still, I think going in from Iron Gate may be better since it gets you to the upper boundary tundra area in 6-9 miles verses 16-20. 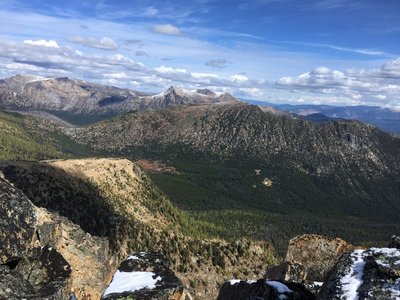 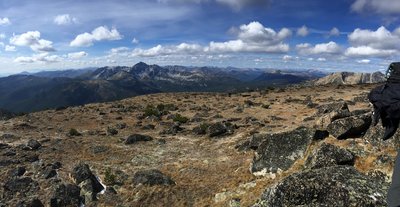 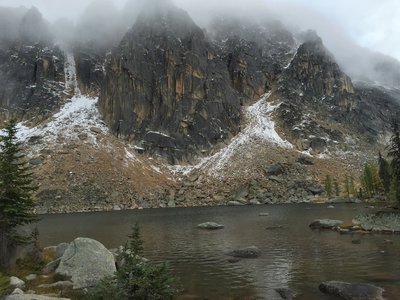 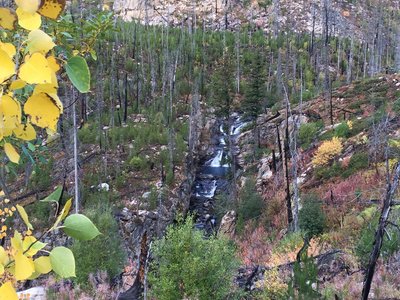 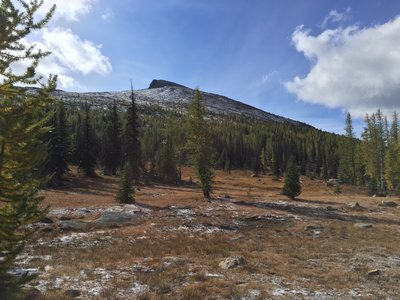 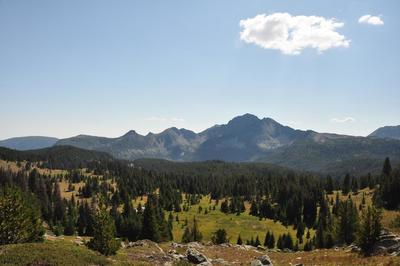