“The connecting route between the Lost Dog and Tom Mays trail systems. ”

El Paso is in the desert, so be wise about the climate. Summers are regularly in the 90's or above, and winters will drop to the 30's and 40's. Lightning storms are frequent in the late afternoons during the warmer months. Winds are frequent and gusts over 50 mph are not unusual. Dust storms, strongest in the late spring, can be hazardous and reduce visibility to less than a quarter mile. Check the weather before you go, and let someone know where you'll be.

Bringing together the large Tom Mays and Lost Dog trail systems of the Franklin Mountains State Park, the Tom Mays Connector allows runners to string together long routes with a minimum of pavement in between.

The north end of the trail is located across the entrance from the Tom Mays Unit and a couple hundred feet to the west. An underpass completed in early 2018 allows runners to cross underneath Transmountain Road, a welcome change from having to dash across the busy highway.

The Connector is typical western Franklin singletrack, occasionally rocky with hard-packed dirt underneath. The initial half of the trail is a slow descent away from Transmountain, passing through a good variety of desert plant life. As it makes a U-turn and heads straight west, the path enters a particularly lush area filled with ocotillos, sotols, and agave cacti.

Just before finishing, the trail makes a steep and somewhat technical trip in and out of an arroyo. The end is just over the hill after this arroyo. Two more rock cairns help mark the trail on this side. It can be hard to see, so look directly across from the entrance to Worm if beginning from the southern end.

Cacti, agaves, sotols, creosote bushes, and many wildflowers in the summer. 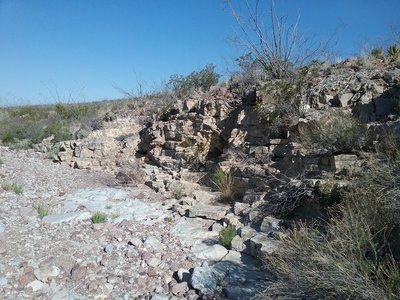 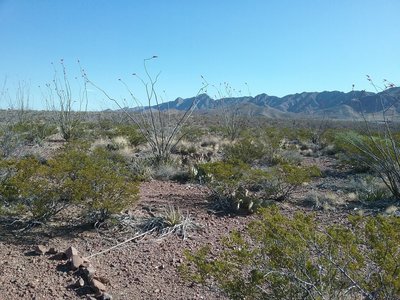 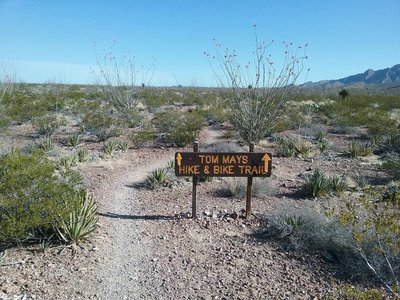 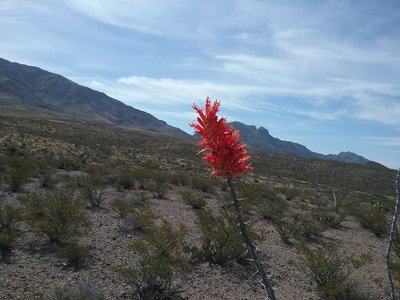 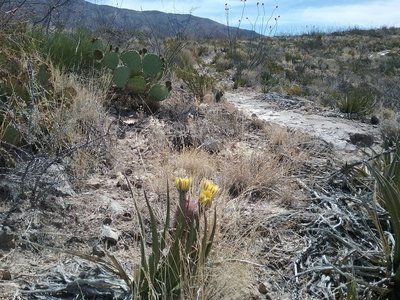