“Pennsylvania's longest and wildest footpath: if you take this one alone, you'll likely meet more bears than people. ” Backpack dispersed camping is illegal along Sections 2 through 6, and Sections 19 and 20 - nearby developed campgrounds, B&B's, motels are the lodging options for the long-distance backpacker in these areas. Some parts of Sections 18, 19, and 20 use private land - the off-road trail is often closed for major fall hunting seasons October through January.

Rocky ridgelines lead to sweeping views. Streamside running mixes in more and more as you head north. Remote, yet not far away, this little-used backpacking route rewards the intrepid.

For backpackers, dispersed camping is illegal along Sections 2 through 6, and Sections 19 and 20 - nearby developed campgrounds, B&B's, motels are the lodging options exist for the long-distance backpacker in these areas. Hammock trees are more common than flat tent spots.

Sections 2, 3, and 7 are especially rocky, to the point of knife-edge scrambling. Guide, map, and resupply information is linked from the MST Association.

The highest knob, the sharpest ridgelines, and some of the most dramatic views on Mid State Trail await intrepid runners in the Everett Region, starting at a connection with the trails of Green Ridge State Forest at the Maryland line, climbs the highest and wildest sections of Tussey Ridge, and ends at US 22.

Beautiful views and amazing natural features mark State College Region, where MST began in 1969 as a project of the Penn State Outing Club, extending from Water Street through the "Seven Mountains" of Rothrock and Bald Eagle State Forests to R.B. Winter State Park.

Straddling both of Pennsylvania's mountain zones, the Tiltrock Country and the Alleghenies, the Woolrich Region continues MST's dramatic views, climbing its highest relief at the Gates of Pine Creek within the Allegheny Front. Rocks in the footway gradually get smaller and smaller traveling north, making this Region popular among backpackers. The Woolrich Region extends from remote ridges and valleys, past its eponymous historic mill village and outlet store, over the Allegheny Front to the mouth of Pennsylvania's Grand Canyon.

Entering Pennsylvania's Northern Tier, shaped by massive continental glaciers, the Tioga Region continues the challenging backcountry running experience of the MST through deeply-wooded high plateau, and really rural, low hills. The views continue and the terrain becomes ever more varied, offering pleasant natural and cultural discoveries around each bend and over every knob.

Check for updates by section at the MST Association Website.

Forest transitions from oak, table-mountain pine, and gum trees in the south, to maple/beech/birch in the north. PA's state flower, the mountain-laurel, is a near constant companion. The state tree, eastern hemlock, is widespread, but dying more in southern sections.

Many subtle cultural features described in the guide book released by the MST Association reveals how centuries of humans used the woods before us. Paddy Mountain Tunnel near Poe Paddy State Park in Section 10 is less subtle. 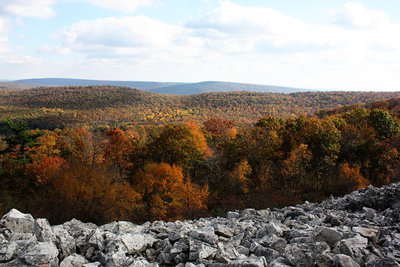 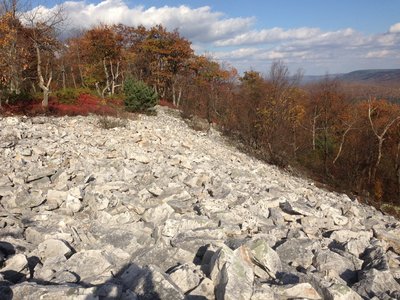 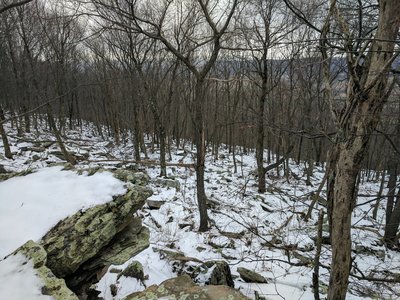 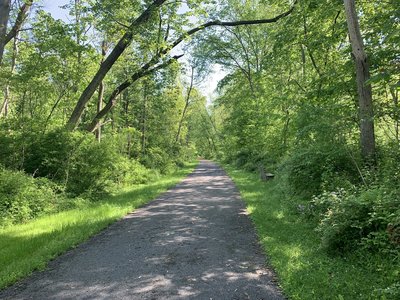 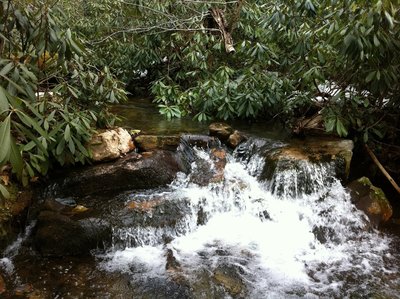 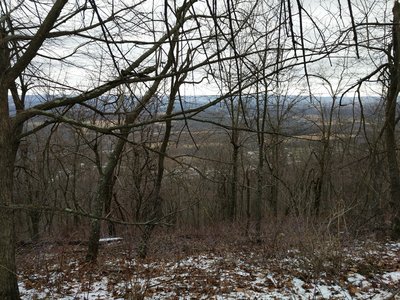