“A steep, rocky jeep road alongside a pretty creek, and over two passes with amazing alpine views ”

Although this is a jeep road the entire way, it can still be a challenging and steep trail at times. It also gives access to many other trails, and can offer some amazing views of the southern Bear River range.

From the Millville Canyon Trailhead, the trail goes through the Deer Fence and starts to ascend gradually into the canyon. Before long, the creek can be seen from the trail and flows year round. The trail steepens in parts and in other parts it flattens out as it follows the creek through sprawling meadows.

Although there are many spurs from this trail, at about 2.5 miles there is a junction with another jeep road off to the right (south) that goes up to an overlook of Blacksmith Fork Canyon (the South Fork Millville Canyon - FR 023 trail), which is a worthwhile destination.

At about 3.25 miles or so, there is a big curve in the road where you can look back and get some great views of the Wellsvilles, and not long after that there is another spur trail (to the left/north this time) called the Big Baldy Trail that traverses under Big Baldy to get to Providence Canyon. After a little over 4 miles, the trail reaches an overlook where you can see down into Blacksmith Fork Canyon, Leatham Hollow, and the surrounding mountains and cliffs. The trail levels out at this point for a mile or so as it contours along the head of Leatham Hollow, and then starts to ascend again as it heads toward Millville Pass (the point over 8800 feet below Millville Peak).

From Millville Pass, the trail descends gradually through beautiful alpine forests of aspen and pines as the trail heads in the direction of Logan Peak. Some of the aspens along this route are massive and very tall, they are especially gorgeous in the fall when they are changing colors but are impressive year round. The trail doesn't drop very far before it reaches a large basin, and then starts to ascend again.

After it starts to ascend again, it passes the fork in the trail where another jeep road heads off to Logan Peak and Providence Lake and continues on. The road ascends and descends gradually through some rolling hills until it reaches another set of forks - one that goes on to Inspiration Point and the North Syncline Trail, and then soon after that the Spring Hollow Trail. After the Spring Hollow Trail fork, the trail ascends to another pass, and then drops down some steep switchbacks to get to the White Bedground Camp, and meets up with the Adams Corral Road FR 052. 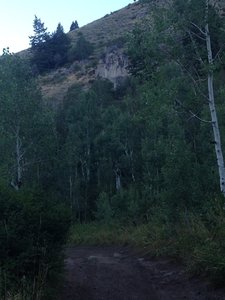 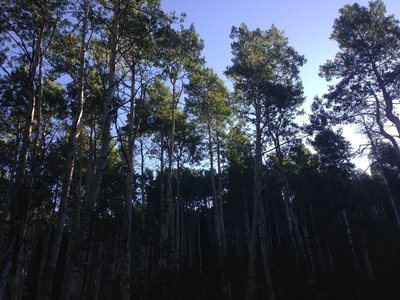 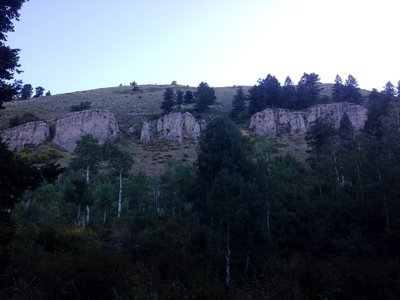 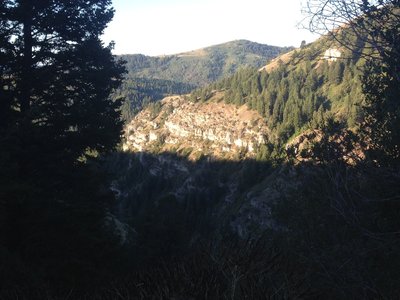 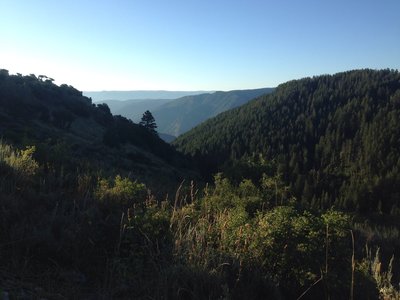 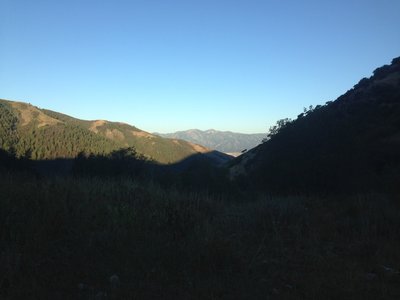