“A unique singletrack with great views of the Bear River Range and a large cave/sink. ”

From the point where the trail breaks off of the Willow Creek Trail, you can see a sign a few yards away. Follow this breakoff as it starts to ascend through a grove of aspens and eventually breaks out into a sagebrush meadow. Soon, the trail reaches a ridge and from here you can get great views of the Bear River Range, including Mount Naomi, Gog, Magog, Mount Elmer, and Mount Beirdneau.

The trail then starts to ascend part of this ridge before breaking off to contour and ascend up around a drainage until it reaches the adjacent ridge, where the trail ascends again (somewhat steeply in places). The trail on these ridges is clearly marked by large cairns and is really easy to follow. After a while, the trail breaks off of this ridge and descends slightly into the next drainage, where it starts to slowly climb up to the saddle that marks the head of the drainage.

Not far from where the trail breaks off of the ridge, there is a large, mysterious pit on the left side of the trail. It is a karst sink (or cave) that is at least 10 feet in diameter, and apparently around 120 feet deep (so don't fall in!). It is a unique feature and not easy to miss if you're paying attention, and definitely worth a quick stop to look around in.

After the sink, the trail ascends slowly up into another forest and then hits the saddle that marks the end of the climbing on this trail. From the saddle, the trail continues through another series of meadows and small forests before dropping onto a brushy hillside. The trail here is quite good as it switches back and forth toward the creek. Eventually, the trail crosses a small creek and then meets up with the Long Hollow road. 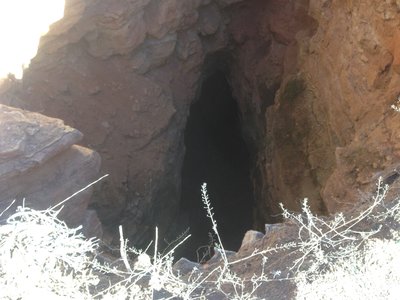 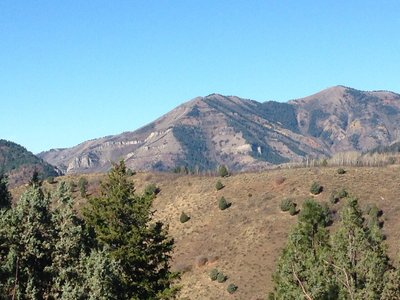 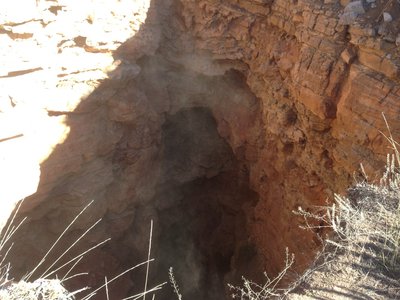 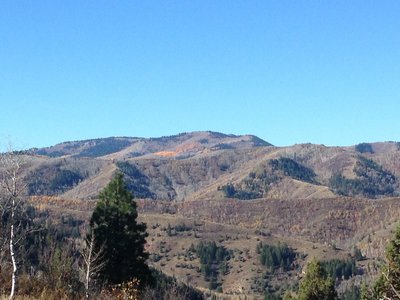