“A forested, creekside singletrack with views of beautiful cliffs and a waterfall at the end. ”

As for drawbacks, the only one is the mountain bikers, although if you go later in the morning on a weekday, you won't see too many.

Plenty of mountain bikers also use this trail, so be courteous and cautious of them as they don't always look out for runners. Because the trail curves so much, sections of it are built up on the sides, which makes descent a lot easier and more fun since you can pick up speed and not have to worry about hurting your ankles as you run around the curves.

As you leave the parking area, start going up the Providence Canyon road (just the dirt road that goes up the canyon) for less than a quarter of a mile and on the right (south) side of the road there is an easily visible start to the singletrack. It crosses a wooden bridge and then starts the singletrack trail that follows Spring Creek pretty closely for the first two miles or so.

The trail undulates as it follows the creek, sometimes high above the creek and other times right next to it. As the trail ascends, it weaves into and out of the woods and meadows that make up the bottom of Providence Canyon.

Once the singletrack ends, the trail emerges onto the dirt road that takes you up to the old quarry. From the quarry, it is easy to see Second Waterfall to the south (and actually there is another waterfall to the north, although it is harder to get to the base of it than the one to the south). To get to Second Waterfall, the easiest thing to do is ascend the road until it doubles back along the base of the cliffs that form the southern portion of the canyon, and then run up until you can see the waterfall. From there, a path should also be visible which takes you to the waterfall. 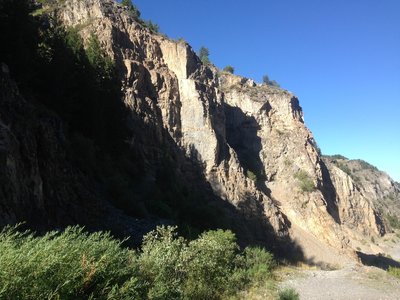 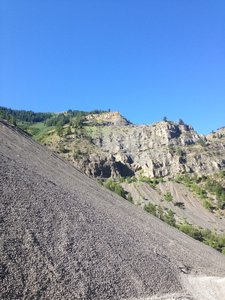 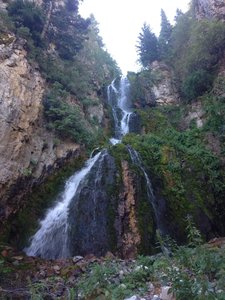 Spawn Creek Trail Out and Back