“A forested trail with alpine vistas that ends at one of the coldest places in Utah, Peter Sinks. ”

The trail can get rocky in places, although most of the rocks are well placed and don't move easily.

If running this in the winter, bring extra clothing because the Peter Sinks area can get very cold, a lot colder than the surrounding areas.

From the trailhead, a sign can be seen that says "Stump Hollow - 5 miles". Follow the trail that goes from this sign into the woods beyond. In the woods, the trail immediately starts ascending, although it is a very gradual ascent that continues throughout the first three miles of the trail. The first part of the trail is very interesting because there is a mixture of large rocks and forest, aspen and pine, and it's all very beautiful. The trail itself is also interesting because I believe it was renovated for mountain bikers, so there are several berms and bumps that would probably be really fun on a mountain bike, and are pretty fun on foot as well. After a couple of miles, the trail starts to switchback up a hillside, and as the switchbacks reach the top of their ascent, the view opens up to where you get a great view of Gog and Magog, as well as the cirque headwall right above White Pine Lake, to the west. Mount Naomi sits in the backdrop as well.

At this point, most of the climbing has been done and the trail drops into a pretty flat section through a beautiful conifer forest as it contours around a mountain, and eventually drops down into a large deforested basin with a small pond to the right of the trail. This is a beautiful area, especially in the morning as the sunlight breaks through and shines on the dew that rests on the grasses and sagebrush in the basin. However, just as quickly as the forest opened up into the basin, it swallows the trail again as it ascends slowly to the high point of the trail. From the high point in the forest, the trail drops quickly via a set of short switchbacks into the Peter Sinks area, which is a great contrast to the forest that the trail has been going through for most of its course. Peter Sinks is a vast, almost treeless basin with expansive views in all directions. It has a lot of sagebrush and grasses, but trees only very sparsely populate this area, which is most likely due to the temperatures. On just about any given day, the sinks are generally about 10-15 degrees cooler than the surrounding areas. It is a great area though.

After dropping into the Peter Sinks area, the trail continues for another half mile or so, passing by large cairns (many of them are about 2 feet tall) along a really neat rocky ridge that separates two parts of the sinks, which allows for great views of the talus in the sinks, as well as the rock outcroppings above. The trail ends at a sign and converges with a dirt road.

Deer like the woods around this trail, as well as other wildlife. 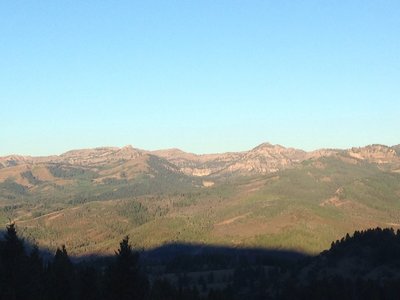 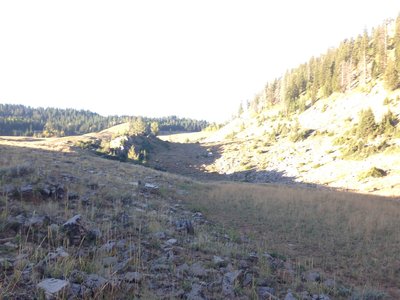 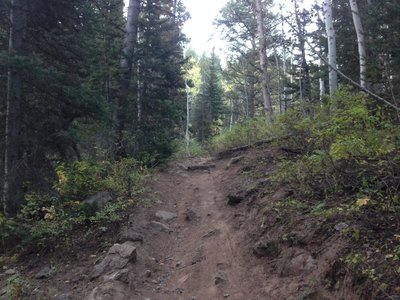 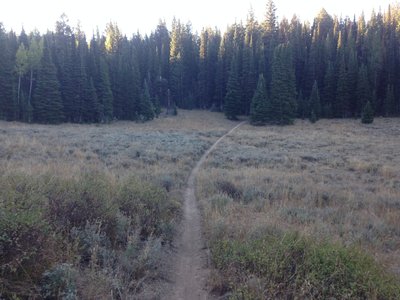 Jun 10, 2019
Kristin Marshall
Wet trails but not muddy. Snowy patches. Lost the trail because of snow coverage at mile 4.1 and had to turn around. 4.1mi