“A sidetrack to the main Sierra Vista trail circling the North Franklins and connecting to Tom Mays. ”

Cleaner and more scenic, Sierra Vista West is a better alternative for southwest bound runners than the main route. The trail can be reached by continuing south on the Sierra Vista Trail across Highway 404, or via a parking area a short distance past the access gate. Look for two rock cairns on the west side of the main trail which mark the beginning.

The initial section of the trail is easy to lose, thanks to rain erosion. Keep south of the shallow arroyo and watch for the breaks in vegetation. After a few hundred feet, the path clears up and is easy to follow for the remainder of the route. Rock cairns and BLM markers are placed at regular intervals to help out. Around a third of a mile into the trail, it merges into the arroyo briefly; again, watch for cairns.

A short distance further, the trail turns south and begins a gradual climb. The grade is steady but rarely difficult. After a mile and a half, Sierra Vista West merges into Northern Pass, near a water cache.

Animals are mostly limited to jackrabbits, lizards, and small birds. Roadrunners will dart across the trail at times, and hawks circle overhead, looking for prey. Coyotes are hard to spot and tend to only come out after dusk, although they typically leave runners alone. 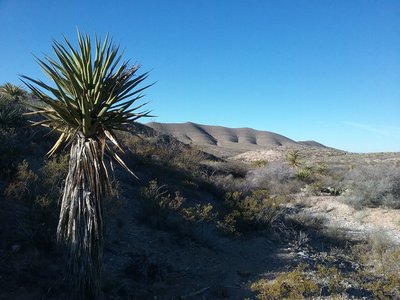 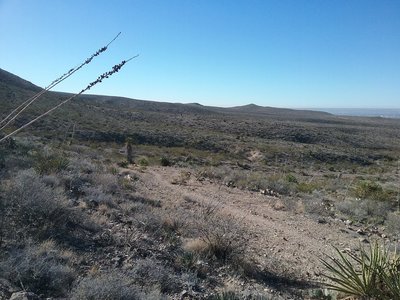 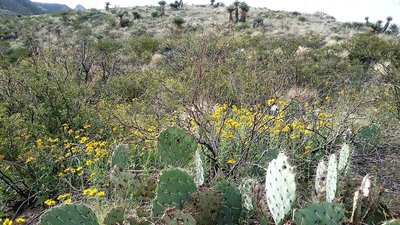 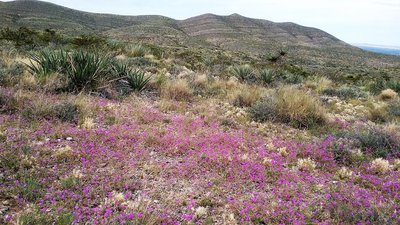 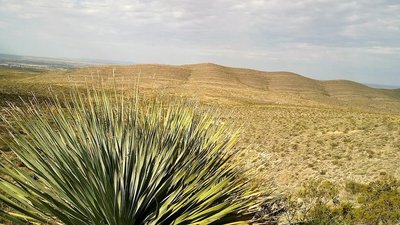 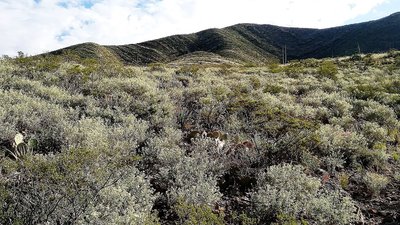