“One of the best thermal area boardwalks in Yellowstone! ”

Stay on the boardwalks, these hot springs are dangerously HOT. A man died after entering 202-degree Celestine Spring in 1981.

As you begin your trip, beautiful Celestine Spring is the first spring you see on the left. In July 1981, a 24-year old man jumped head-first into this 202-degree pool in an ill-fated attempt to rescue his dog. He sustained 3rd degree burns over 100 percent of his body and died the next morning. This is an important reminder to stay on the boardwalks for your safety.

Continue straight at the junction and soon you'll see Silex Spring. This clear pool reveals it’s beautiful hard rock bottom, made of silicon dioxide, or silica. “Silex” is Latin for silica. Just up the hill is the star of the show – the Fountain Paint Pot. It is one of the largest and most colorful mudpots in the park. In early summer it is watery from abundant rain and snow. By late summer, it’s “bloops” and “bloups” are quite thick. The mud is composed of clay minerals and fine particles of silica.

Just beyond the mudpot, you’ll find a fumarole, or steam vent. The hiss and roar of a fumarole comes from gases - steam, carbon dioxide, and a little hydrogen sulfide - rushing from the earth through the vent. Take the boardwalk to the right to view Leather Pool. This spring underwent dramatic changes after the Hebgen Lake earthquake of 1959. Prior to the earthquake, it was a warm pool that supported leather-like brown bacteria. After the earthquake, water temperatures rose to boiling and killed the microorganisms. Since that time, Leather Pool has cooled and once again supports the brown bacteria.

Next up is Red Spouter, which was born during the Hebgen earthquake. In the spring and early summer its pools splash muddy water that often has a red tone. Later in the summer, when the water table is lower, Red Spouter becomes a hissing fumarole.

Down the hill you'll find Clepsydra geyser in almost constant eruption from several vents. Its name is Greek for water clock, because the geyser used to erupt regularly every three minutes. Since the 1959 Hebgen earthquake, however, Clepsydra erupts almost without pause. Nearby Jet Geyser, during its active period, erupts every few minutes up to 20 feet.

From Clepsydra, the trail loops back to the left and continues to the parking area. 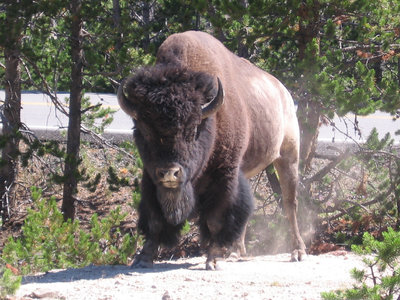 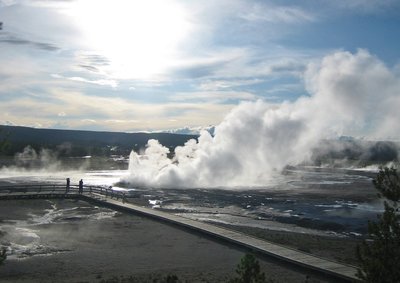 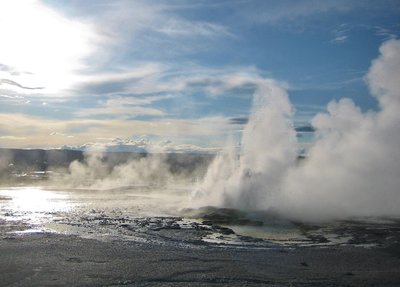 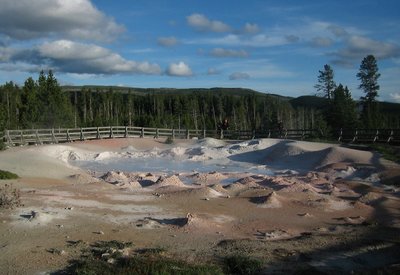 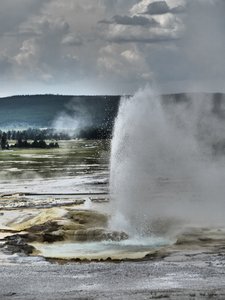