“Run from the Giant Forest Museum along the General's Highway up into an area with many Giant Sequoia Trees. ” 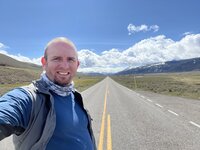 The General's Highway may be under chain restrictions in the winter time. Please check with the NPS before visiting to make sure you can get into the area, or make sure to have chains with you.

Once you leave the Giant Forest Museum area, there are no services. Bring plenty of you food and water for your hike.

In the winter, microspikes or yak tracks might prove useful as snow and ice can be found along the trail.

If you miss the first turn off, you can follow the Hazelwood Trail to Rim Rock trail as well. The Trail narrows to a singletrack dirt trail that begins climbing up the hillside. Most of the time, the climb is gentle and isn't too steep that it will cause anyone any problems. There are Giant Sequoias all around you, allowing to admire these giants without the crowds closer to the museum.

The trail parallels the General's Highway, so you'll see and hear cars for the majority of the run. The trail passes through an area that has been burned, so you can see how resistant the Giant Sequoias are to fire and how the forest recovers after fire. You'll pass several "fallen giants" along the way, giving you an appreciation for just how mammoth these trees really are.

Keep your eyes peeled for deer and bear feeding in the forest around you. A little after a mile, the trail will circle around the hillside to the right and run into the Alta Trail again. From here, you turn to the left and follow the Alta Trail out to the Congress Trail and a large number of Giant Sequoias.

If you've had enough running for the day, you can turn to the right and follow the Alta Trail back down to where you started or retrace your steps.

in The Giant Forest

in The Giant Forest 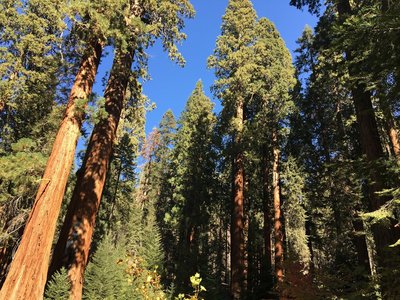