“Climb rocks, crawl through sotol, and dodge cacti while ascending to the Franklin Mountain ridge. ”

McKelligon Saddle is a steep, challenging trail, with a few sections requiring some minor climbing. Loose rocks can be found in several sections, particularly near the top, making the trail slippery. Be especially careful on the descent.

Taking an almost straight path up the west face of the Franklin Mountains, McKelligon Saddle is a difficult but rewarding run connecting both sides of the State Park.

The trail splits off from Thunderbird and heads due east toward a dip in the mountain ridgeline. The first quarter mile is similar to other area trails, rocky and surrounded by desert flora, but the incline quickly increases to a demanding climb. After some time, the trail abruptly ends into a large area of slick rock. Continue straight up towards the back right corner of this section. Climb the rocks and pick up the trail again.

From here, a few rock cairns mark the original trail. The next tenth of a mile is rough, and at one point, passes through an enormous sotol plant that requires crawling to continue. The route depicted here bypasses this section by following the slick rock for a few hundred feet before rejoining the trail.

The remainder of McKelligon Saddle is a steep climb to the ridgeline. Footing here is looser than the rest of the trail and can be very slippery in parts; special care should be taken if moving downhill. Descend slowly. Once at the top, a unique view of McKelligon Canyon and east El Paso can be enjoyed, with a steep connection to the popular Ron Coleman Trail just to the north. 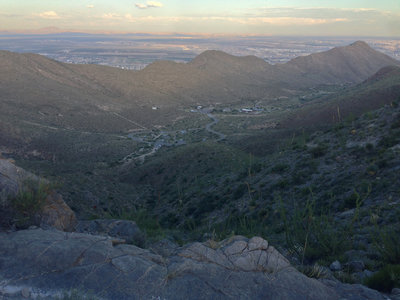 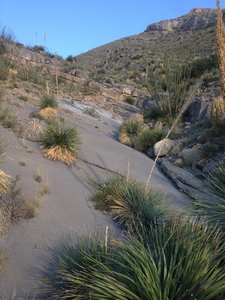 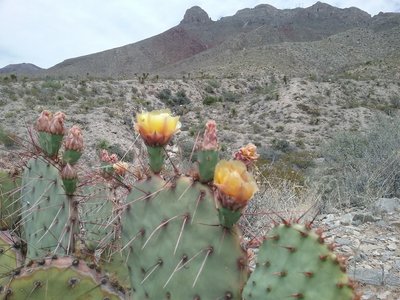 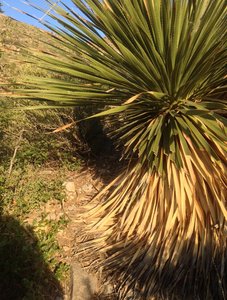 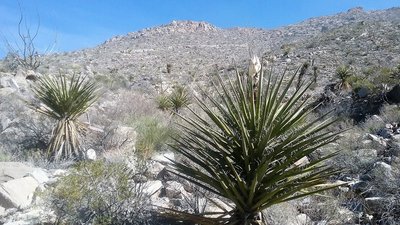 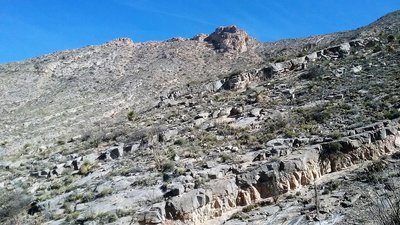