“A moderate climb with views in and out of the park. ”

Most of the trail provides mild to moderate grades and good tread. Past the McKee Branch Intersection, the trail is frequently muddy and churned up by horses making for slow going.

A readily noticeable break in the forest cover about a mile beyond Cove Creek Gap affords the only good vantage point along the trail for looking down into the Cataloochee basin. In the intermediate distance, Noland Mountain slants across the basin, marking the boundary between Big and Little Cataloochee. Mount Sterling Ridge, anchored by Big Cataloochee Mountain on the west, forms the distant northern edge of the basin. Scottish Mountain appears as the prominent peak to the east.

From there, the trail continues along the spine of the divide for almost a mile before reaching Panther Spring Gap. Past the gap, the route follows the park boundary while traversing several minor knobs. The trail remains on the ridgeline except where it diverts from the boundary to avoid climbs over two of the higher knobs. For much of the way, the trail is accompanied by a split-rail fence that separates the trail from a nearby wagon road. Pleasant views abound on both sides of the trail along this section. Two miles beyond Panther Spring Gap the Science Center Trail exits to the left toward the Appalachian Highland Science Learning Center at Purchase Knob.

The trail continues along the boundary 450 yards to an intersection with the upper terminus of the McKee Branch Trail. On the left side of the intersection an access path exits to the Ferguson Cabin.

When leaving the McKee Branch intersection, the Cataloochee Divide Trail again deviates off the ridgeline to skirt another high knob. Along here, the track is frequently churned up by horse traffic, leaving wide pockets of mud. In places, boardwalks have been installed to provide an elevated surface. The views north and south contrast each other as visitors compare the patchwork of meadows and a nearby resort outside the boundary fence to heavily forested slopes within the park.

Beyond the resort, the Cataloochee Divide Trail clears another minor knob and then descends into Double Gap to terminate in an intersection with the Hemphill Bald Trail approaching straight along the divide. The distance from the resort to Double Gap is slightly less than a half-mile.

Past the McKee Branch intersection, the park side of the trail is forested in a riot of yellow birch, red maple, white basswood, black locust, yellow buckeye, red maple, black cherry, eastern hemlock, and a variety of oaks, all of which obstruct any view into Cataloochee. 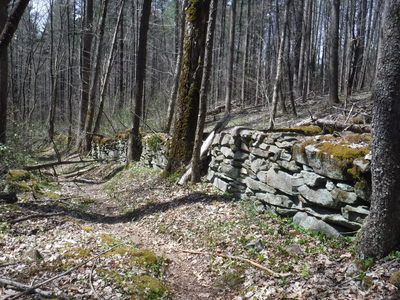 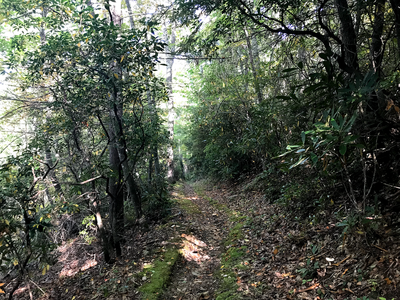 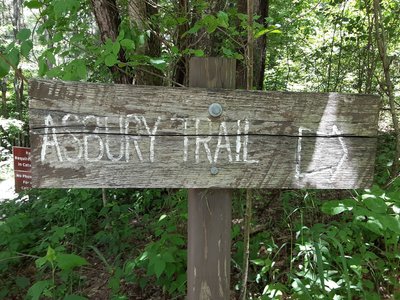