“The Rock Trail is a newer trail featuring six of the reservation's "Rock" features. ”

Take the Red Trail out from the Michigan Road parking lot - it hooks up with the RT loop marked with white "RT" trail signs.

Sections are very steep with one section being an actual rough-hewn rock staircase that climbs 150 vertical feet.

The rock features are as follows:
-Raven Rocks and Spy Rock are the two overlooks on the southeast section of the trail.
-Bear Rock petroglyph (google it!) is a verified carving at least 5,000 years old created by Native Americans. The carving is on a boulder and is in the shape of a bear and several other local animals.
-Indian Rock Shelter is a former native American campsite.
-Castle Rock is a rock formation which somewhat resembles a castle.
-Dancing Rock is a large flat rock that was the site of late night dancing by local families after a harvest moon in the late 1800's and early 1900's.

Plenty of Mountain Laurel in the higher elevations. Bears have been sighted on the southeast section of the trail in the fall. 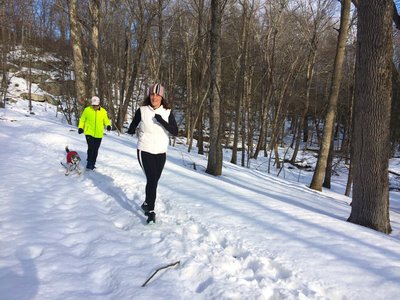 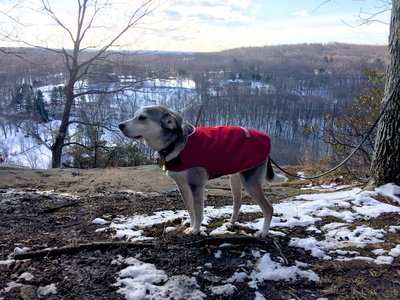 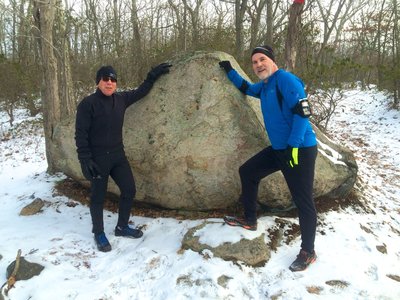 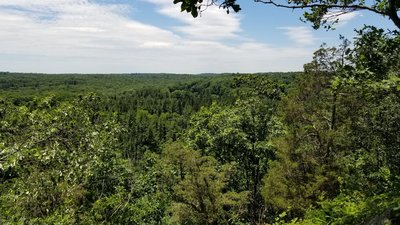 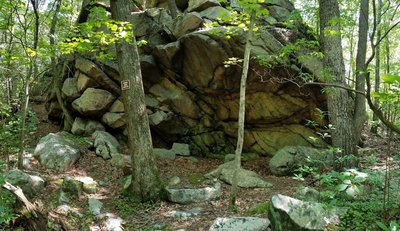