“A challenging route from the Cleveland Dam rising to the amazing views of Hollyburn Peak. ”

The trail climbs through a number of different types of terrain. To start, the Baden Powell Trail passes through the British Properties climbing quickly behind the houses. The lower forest section is rugged terrain, lots of roots and water crossings. Once you reach Hollyburn Lodge, the trail becomes more open and alpine. The views from the top of Hollyburn are quite spectacular.

The downhill run is quite technical and a bit of a burn on the legs. If you don't want to do a long descent, leave a second vehicle in the Cypress Bowl Parking Lots.

The trail described here starts at the Cleveland Dam where there is plenty of parking. For the first four kilometres or so follow the Baden Powell Trail signs as the trail climbs through the British Properties, crossing roads and following the power line right of way between houses. There are three sets of steps through the residential area followed by street crossings, at the top of these climbs you enter Lower Hollyburn. At points, the trail signs will alternate between TCT (Trans Canada Trail) and BP (Baden Powell) at this point both are the same.

After you hit the tree line, the trail proceeds for another two kilometres. You'll cross two Fire Roads, at both continue to go uphill, and reenter the forest on the Baden Powell Trail West Vancouver. At about the four kilometre mark you'll see a turnoff for the Brothers Creek Trail. While you can continue up Baden-Powell, this trail is a worthwhile trip as it takes an alternate climbing route and is more scenic.

About two kilometres further along the trail, the Hollyburn Peak Trail branches off to the right. The trail is a climb, at times steep, for 2 kilometres up to the peak. Enjoy the views, and then return to your car by following the Baden Powell Trail West Vancouver for the full descent.

In total, this run is about 3850' or 1300 metres of elevation gain. If you don't want to complete the descent, either take Baden Powell trail west from the Hollyburn Peak turnoff to reach the downhill skiing lot, or return to Hollyburn Lodge and follow the signs from there to return to the Cross Country skiing parking lot.

As you climb through the forests on Hollyburn keep an eye out for the cabins in the trees. These cabins are privately owned (there are about 100 remaining) and were the original ski cabins in the area built by Vancouver families in the 1930s. The cabins are very rustic, with no power, running water or sanitation, but are used quite extensively in all seasons. 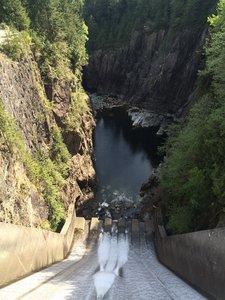 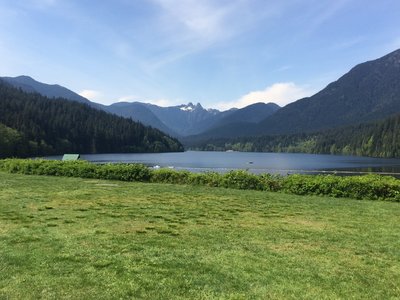 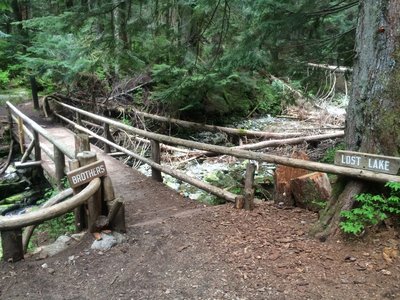 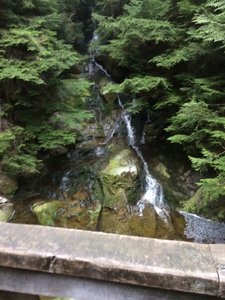 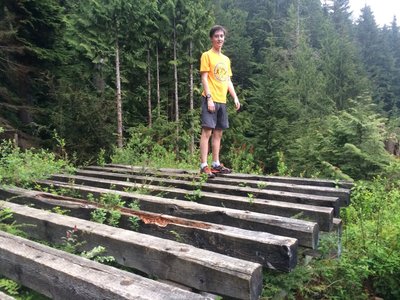 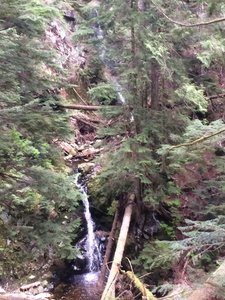