“This very popular trail takes you past most of the key features of Smith Rock State Park. ”

After descending into the canyon on the Chute Trail you'll cross the river and turn left. This very popular trail is flat and fairly wide. It is used as a connector trail for bicyclists, and is a main access trail to the most popular climbing area in the park.

As you start down River Trail you can observe the Picnic Wall, an area that has mostly advanced climbs. Within the first 1/4 mile you'll pass under a Rhyolite intrusion to the welded tuft rock. This striking red rock if very rough looking in a beautiful way. On your left will be the Crooked River.

As you continue down the trail it is easy to spot the rock climbers. There are many climbing access trails that break off to the right. They are more narrow but will eventually lead you back down to the River Trail. Shortly you'll pass the last bathroom, it's actually a compost vault toilet. As you pass the Morning Glory Rock Formation you'll spot a rock that looks like a Snoopy Head, this is Asterisk Pass. This trail is only recommended for experienced rock climbers as it is about 50 feet on a very narrow ledge with no protection.

Just past Asterisk Pass you begin to see the actual Smith Rock Group. These rocks are very rugged. The River Trail now bends around to the left. You'll soon come to a house-sized boulder in the river, if you look across the river you'll see an ancient pine tree. This tree has been the home of nesting Bald Eagles for the last 3 years. Past the boulder, you'll reach the Southern Tip of Smith Rock. There are several undercuts to the cliff where you can seek shade for a summer lunch or duck under to dodge the rare rain shower.

As the trail turns north it narrows somewhat and begins to have small dips to go around ancient pine trees. There are several access points along here so you can take a quick dip in the river to cool off in the summer. As you pass the junction for the Mesa Verde Trail you'll be able to see the Monkey Face Spiral. This is where most people split off to continue the Mesa Verde/Misery Ridge Loop. As a result, the River Trail continues to narrow somewhat and become overgrown until it connects to the Summit Trail.

You can often spot Geese, Ducks, and the occasional Muskrat or River Otter. Bald eagles and Osprey will often fish along the river. It is uncanny how they can spot a fish and snatch it on the fly. 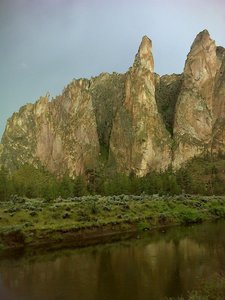 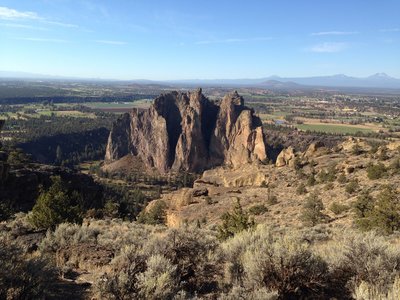 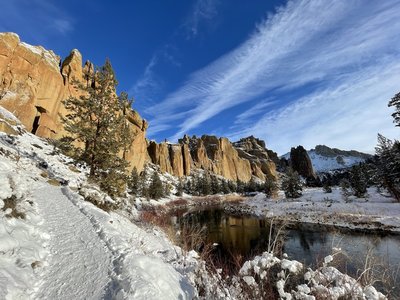 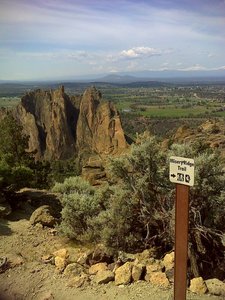 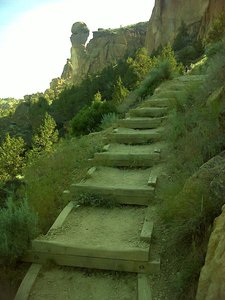 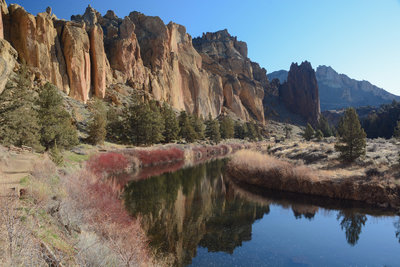 All Clear 13 days ago See History

Run the Rock Half Marathon