“Ascent of the formidable Mt. Sopris - one of Colorado's most beautiful peaks. ”

July and August pose the safest time to attempt Mount Sopris, though this area can be very nice in spring, summer and fall. Be prepared for the worst weather conditions, as a warm, sunny day can quickly change to catastrophic weather.

Expect beautiful meadows teeming with wildflowers, open vistas and clear high-alpine lakes. This is one of Colorado's most sought after runs.

There are designated camping areas at Thomas Lakes. Dogs are allowed ON LEASH AT ALL TIMES.

Easily accessed from Dinkle Lake Rd. off of Prince Creek Rd., the trail starts at the Thomas Lakes/Hay Park trailhead. From the trailhead look for the well-signed Hay Park Trail/Thomas Lakes Trail - take this heading south.

Hay Park Trail/Thomas Lakes Trail follows primitive doubletrack as it winds through the woods for ~1mi until it reaches an open meadow and contours to the right for ~.8mi. From here, the trail comes to a junction. Turn right to stay on the Thomas Lakes Trail.

After the trail split, Thomas Lakes Trail climbs through Aspen trees and open meadows for ~2mi. In this span, the trail crosses Prince Creek twice before finally reaching Thomas Lakes. From lower Thomas Lake, the trail ambles its way up to upper Thomas Lake and is called the Mount Sopris Trail. Take a few minutes to refuel at one, or both of the lakes and eye the Mt. Sopris summit.

From the lakes, the Mount Sopris trail switchbacks steeply to the ridge above. Once you finally gain the ridge you'll be able to spot the Elk Mountains - largest being Capitol Peak (14,130'). The trail now quickly becomes talus, which proves to make route finding difficult. Continue to climb along the ridge and negotiate the large talus field. You'll know you're off route if you stray too far north of the ridgeline (south is a precipitous drop-off).

Once the trail bears almost exactly due west, you'll be on the start of the summit ridge. Continue on Mount Sopris Trail and gain the false summit. If you look north, you'll see the massive scree field cascading below you - according to NOAA, this is actually one of the few mountains in North America with a Rock Glacier.

Now that you've had your fill of views, head down the mountain, exactly the way you came. Nice work! 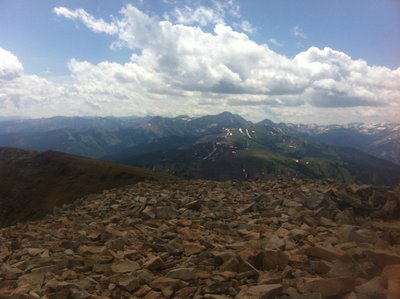 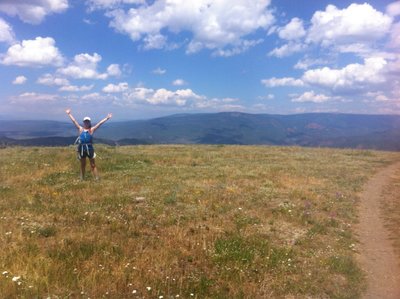 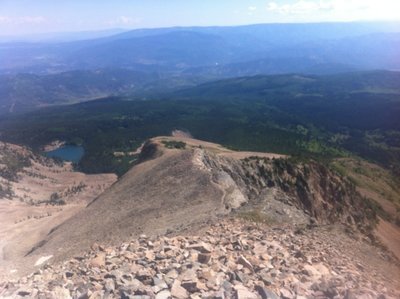 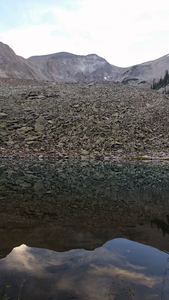