One of the most visited features in the park, these neat rock formations are named after the ovens used to purify coal into coke. Coke is an almost pure form of carbon, which is used in the production of steel. These squat, oven-looking features are unusual compared to the many needles and spires typically seen in this area.

These formations are the result of erosion of the Wingate sandstone formation that is so prevalent in this area. This rock layer is typically covered by Kayenta and then Navajo sandstone on top of that, all of which are signs of fairly arid, wind-blown conditions that formed dunes, which were then compacted into these rock layers.

Along the run, keep an eye out for larger mammals like deer and bighorn sheep as they've been known to have migration routes through the national monument. From the overlook, visitors can use binoculars to look across the canyon toward Otto's Bathtub.

Short Run: This out-and-back run is around one mile, round trip, from the Upper Monument Canyon/CCC Trail Parking Area. The Coke Ovens can be accessed via the Monument Canyon Trail and the Coke Ovens Trail, which is a very popular route in the shoulder months when park visitation is high. 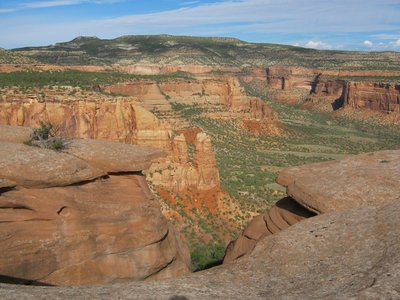 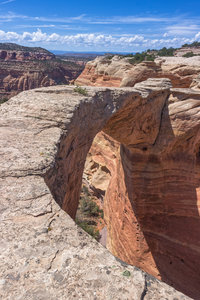 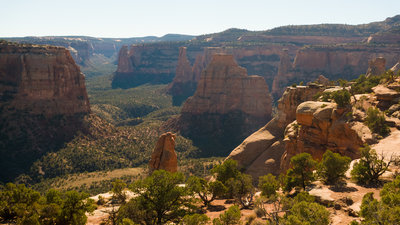