“Fantastic views of Monument Canyon and the bizarrely weathered Coke Ovens can be admired on the way. ”

Journey along the Coke Ovens Trail for an up-close and personal look at some of the most fantastical geologic phenomena in the desert southwest: the Coke Ovens Monoliths.

Upon reaching the trail's end at a fenced overlook, peer over the edge in awe of the striking feat of time and weathering before you: The Coke Ovens. The features are giant sandstone towers, though they have an odd shape. Instead of the long, spindly spires that are common in other areas, these features appear to be a bit more squat, and many think that they resemble an oven. Occasionally, rangers have been known to be out near the overlook, so be sure to ask them any questions you may have regarding the geology, flora, or fauna around you. Their expertise in the area will surely enrich your experience here!

After taking in the geologic majesty before you, say goodbye to the Coke Ovens and return on the trail from which you came. 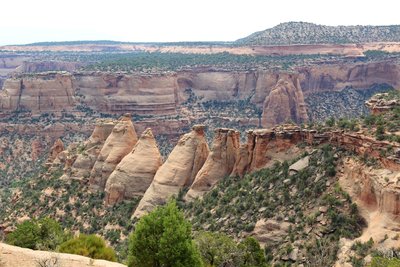 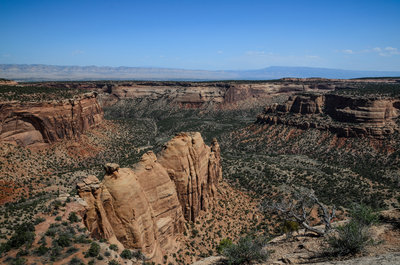 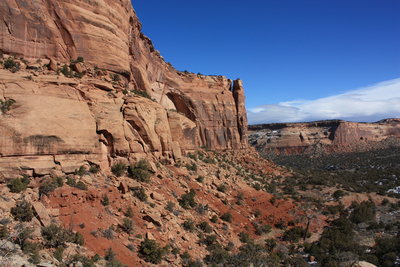