“A complete loop run with intermittent shade through the dunes of Castle Neck with easy access to Crane Beach. ”

Open 8 am - sunset, daily. Pay to park for non-members (no sticker): $10-$30 depending on season and day of the week. More parking info here: thetrustees.org/places-to-v…

Though Crane Beach has become one of the most-visited summertime spots around the North Shore, the winding trail network in from the beach is a hidden gem that provides a great escape from the crowds, especially in cooler months. It's also a great way to get to the east end of the beach where you might have it all to yourself.

Dogs allowed October 1 - March 30. $3 per dog for non-members. Greenhead flies and mosquitoes can be very bad especially between July and August. Ticks are present year-round, especially in longer dune grass. The sand can be very hot in the summer months. Wearing footwear is advised, especially with closed toes.

Most trails have some stretches on the sand, which is loose and makes for tough travel.

From the main parking area, head east (the right side of the lot from the direction you drive in from), heading away from the main boardwalk access to the beach. At the parking lot boundary, you'll find a trailhead kiosk, map, and the start of this run on the Green Trail.

Because this run is a loop, you can choose to go counter-clockwise (as mapped), ducking into the wooded areas first, further from the beach, or do it in reverse, heading toward the more exposed dunes closer to the beach.

For this run, head right (south) staying on the Green Trail as it winds in and out of wooded areas with good shade. After 0.75 miles, you'll arrive at the start of an exposed dune, which makes up the main climb for this run to continue onto the Red Trail loop. For folks short on time or looking for a shorter option, head left (north) here to stay on the Green Trail loop for a 1.5-mile run back to the parking lot.

Staying right, continue climbing on the Red Trail loop heading counter-clockwise up and around the northern contours of Wigwam Hill.

Close to 1.5 miles, between dune markers 21 and 22, a Red Trail Spur heads southeast toward a back beach along Essex Bay. For this run, stay left. At the 1.7-mile mark, look for the Blue Trail and turn right toward the beach with a short stretch on the Yellow Trail.

At this point, you're halfway through the run, which allows folks to either take the beach back to the parking area or duck back into the trails the way you came to follow the northern halves of the Red Trail loop and the Green Trail loop back to the start. You can expect much of the same on the trails with more exposure and some views toward the beach.

Check out the Trail Run Project mobile app for on-trail navigation, especially if you want to extend your run to the east.

Largest pitch pine forest on the North Shore. One of the world's most important nesting sites for piping plovers.

The majority of this land was last owned for much of the 20th century by Richard T. Crane, known for the R. T. Crane plumbing business.

Land Manager: The Trustees of Reservations - Crane Beach on the Crane Estate 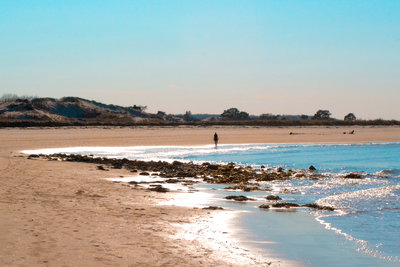 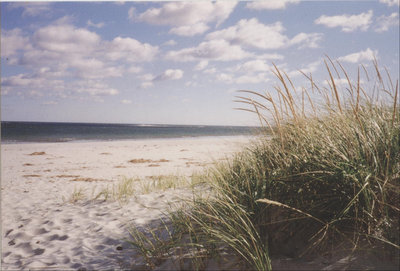 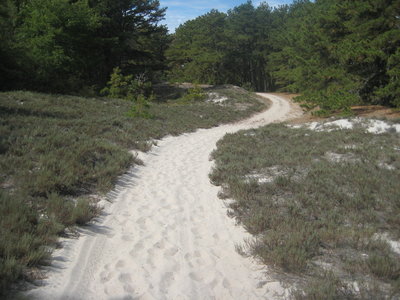 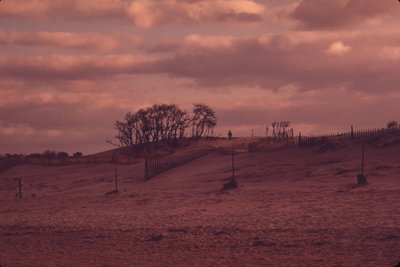