“Run from the small town of Vatia over to a secluded beach with great views of Pola Island. ”

WARNING: Do not to enter the ocean at the beach due to dangerous waves and currents.
This trail is closed on Sundays.

The trail is very narrow, rocky, and full of roots at the beginning. On the back last half of the trail, the ropes and ladders make running impossible. The beach is a rock beach with no sand, so running is not possible on the beach.

The Tuafanua Trail starts near the school, climbs over the ridge, descends via some rope ladders, and ends up at a secluded beach where you can get great views of Pola Island. You can catch the Vatia bus and tell them where you want to be dropped off, or if you have a car drive over to Vatia and park next to the school where signs for the Tuafanua Trail indicate places where you can park. Run toward the old hotel and stay to the left of the building. The trail works its way through some tall grass and past some old coastal pylons used to hold up the shore.

The trail breaks slightly to the left before descending into the rainforest on a singletrack that is made up of dirt and rocks. It passes underneath coconut trees and other large leafed plants. As you go, you'll hear lizards scurrying off the trail in front of you and if you keep your eyes peeled, you might see crabs or frogs on the trail as well.

The trail meanders for roughly 0.2 miles before it hits a series of 19 switchbacks that climb up the ridge. The switchbacks aren't terrible, and emerge on a flat area where you start to get glimpses of the ocean on both sides of the island. From here, you descend a series of rope "ladders" down the ridge. A series of 6 staircases/ropes make up roughly 175 steps that must be descended. It's steep, so make sure you take your time and use the ropes and trees to steady yourself.

Once you get to the end of the last "ladder," the trail continues to descend on the singletrack dirt trail that you have been following. You can start to hear and see the ocean off to the right hand side of the trail. At roughly 0.7 miles, the trail emerges on the beach where waves crash onto the rocky short. To the right, you can see Pola Island in the distance.

You can walk down the beach, but the National Park Service warns everyone not to try to get into the ocean as the waves and the currents (which you'll witness) can be strong and dangerous. Enjoy watching hermit crabs scurrying around and birds flying overhead. Once you have enjoyed your time, which is often in solitude, you follow the trail back up and down the ridge and back to the parking area.

Frogs and lizards will scurry across the trail in front of you. On the beach, hermit crabs can be seen scurrying around the beach. Various species of birds can be seen flying above the beach.

in National Park of American Samoa

in National Park of Ameri… 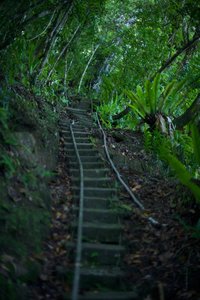 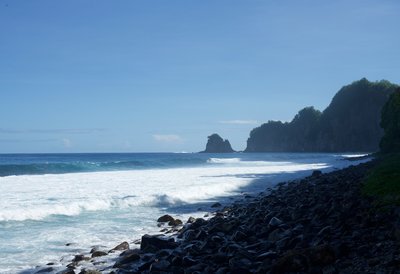 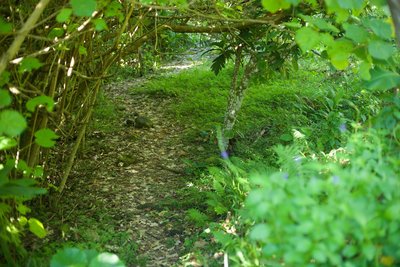 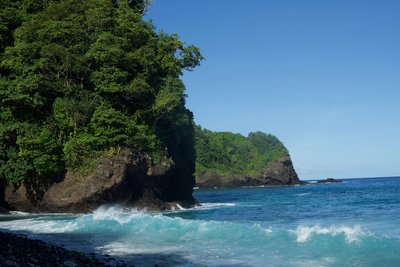 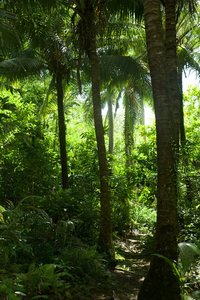 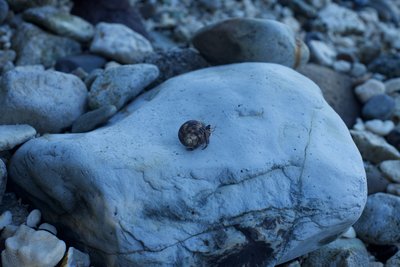