“A great place to teach your kids to ride on the bike path or take a run on your own. ” Chapin Park is a dog park, home to a model airplane strip and has paved and unpaved trails. There are no trees at this park as it once was a city dump and penetration of the clay cap is prohibited since this was a dump at one point. It's a little weird, but a great use of the space. To the south is the last drive-in theater in Wichita, The Starlight Drive-In.

History as shared at the park signage:

"In the early 1900's the City of Wichita was facing a growing problem of waste disposal, a problem common to most other large urban areas in the country. Landfill "Dumps" and "burn-pits", both public and private, were not well regulated or monitored and were appearing everywhere. At one time, it was estimated that there were over fifty dumps operating in and around the City of Wichita. Although, municipal trash collection service did help reduce unauthorized dumps, disposal was still a problem.

At this time, Chapin Park was the site of the Dwight Chapin family hog farm. In an attempt to reduce the volume of waste going into the landfills, an early of form of waste recycling was begun. An agreement between Dwight Chapin and the City of Wichita provided for all food and organic matter to be collected separately and delivered to the Chapin Hog farm where it was mixed with grain and fed to the Hogs. This was a common practice, as hogs will eat almost any organic matter, regardless of its state of decomposition. The remaining refuse was delivered to one of the municipal landfills. So effectively, the Chapin hog farm was an organic-waste recycling center for the entire city. This continued until 1952, when issues of disease halted this type of operation nationwide.

In 1954, the City of Wichita purchased the farm for use as a sanitary landfill. The first of what could be considered a modern landfill, designed and regulated to control pestilence and pollution. During this time, the 170-acre site accepted residential, commercial and industrial waste. The Chapin Landfill operated from 1955 to 1980 when it reached capacity and was closed. It continued, however, to receive construction and demolition debris until 1987. In 1988, it was covered with a soil cap averaging 3 feet thick and seeded. Over the next three decades, it went through a process of settling and venting. As the underlying waste degraded, it compressed and became more stable."

Please see picture for the rest of the history. 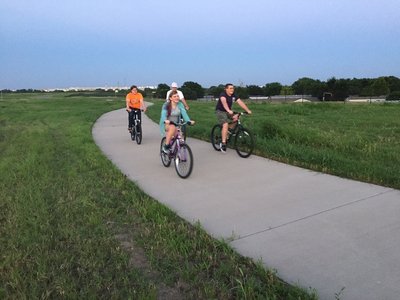