“A marathon loop in the Tushar Mountains through high alpine terrain. ” One of the toughest, most spectacular mountain races in all of North America in a little known mountain range near Beaver, Utah. The Tushar Mountains are a hidden gem of high altitude peaks, mountain canyons, alpine lakes, stunning terrain, and sometimes mountain goats!

The run begins by climbing out of the ski resort (10,500 feet) and links into some pristine singletrack at the base of Mt. Holly. The trail skirts around the side of the mountain and around mile 4 peers off a high point along the ridge into the backside of Mt. Delano.

After dropping down into and traversing a vast valley, you'll climb up to the Alunite Ridge, located near some old mining ruins around mile 8. When the trail peaks out the top of the ridge at 11,400 feet, you'll be rewarded with a view of several more peaks, including Copper Belt Peak to the North.

You'll then drop down into the south side of the rugged Bullion Canyon, made famous by a mining community which transformed the canyon into one of the "wildest and wooliest places on earth." Over the next 4 miles, the singletrack will take you by abandoned mine shafts and cabins that leave one wondering how they got their equipment into these areas and how they survived in this steep, unforgiving country.

After a 2,000-foot climb, you'll reach the summit of Mt. Delano, the high point of your run, and then descend nearly the same distance. At the doubletrack road, head right up to Mud Lake at mile 16. Shortly after, you'll turn left and run about 6.7 miles to reach the Skyline Trail junction. Now, enjoy the last 4 miles running at the western foot of Mt. Delano and Mt. Holly before returning to your start location. 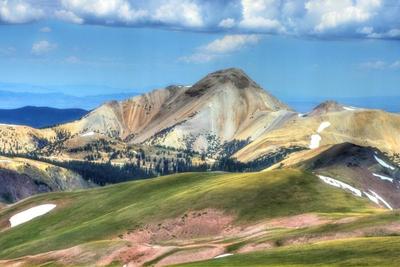 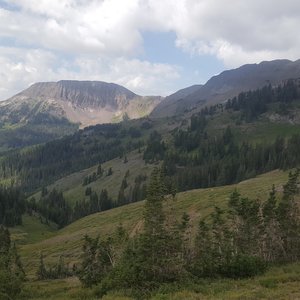 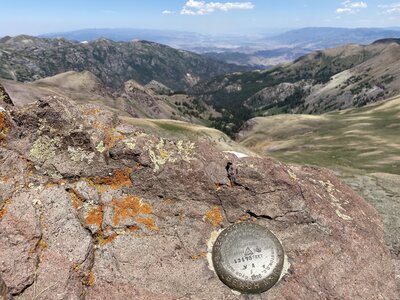 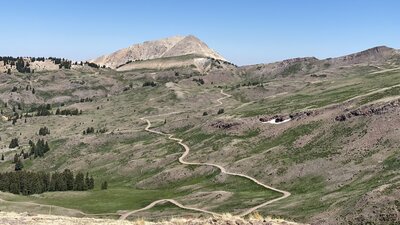