“Wide trail cut through lush bushes and other flowering plants with views of the steep side of Montara Mountain. ”

A great trail for hill jogging with mileage stakes every quarter mile.

The Hazelnut Trail is a wide trail of hard-packed dirt that climbs moderately steeply up to the ridge between the South and Middle Forks of San Pedro Creek. It then switchbacks down to near the end of the Weiler Ranch Trail. There are several benches along the way. The trail is marked with mileage stakes every quarter mile, which makes it a great trail for hill jogging.

This entire side of the canyon collects more than the usual share of rain and moisture coming in from the Pacific. The trail's major feature is the bushes and flowers that line both sides for the entire distance. This makes it a beautiful trail even on a foggy day. However, there are enough low spots in the bushes to provide views Montara Mountain, the surrounding hills and the ocean from Linda Mar to (on a clear day) Point Reyes . The trail is aptly named, because Hazelnut, which seems more like a bush than a tree, is very common the entire length of the trail. The brush surrounding the trail is so thick that there is no possibility for trails-of-use or off-trail running..

To reach the trail, go behind the museum and cross the bridge. The start is just a little beyond that. The trail climbs up the side of the canyon for the South Fork. Between 1.25 and 1.75 miles, as it nears and goes along the top of the ridge between the South and Middle Forks, there are views of the steep green slopes of the northern side of Montara Mountain. Even in mid-May, I could hear water running in the streams below. From there the trail climbs around a side canyon and then switchbacks down a ridge between the steep canyons of two tributaries to the Middle Fork. As you are descending, there are views of the hills surrounding the headwaters of San Pedro Creek and views back towards the Pacific. From the end of the trail, you can run down the Weiler Ranch Trail, or you could use the Valley Vista Trail to create a longer run. 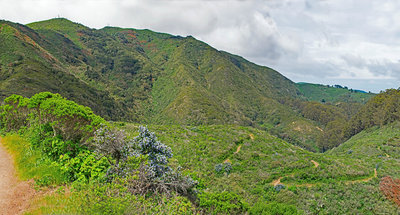 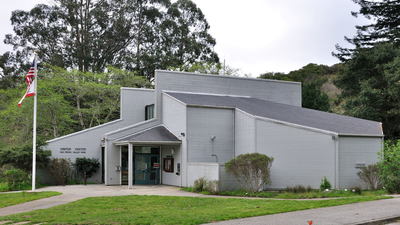 All Clear 51 days ago See History