“Cascade Crest is a challenging 100 mile trail run through the Central Cascades of Washington State. ” The course currently runs as a clockwise loop from the Easton Fire Station. The race starts is 9:00 am Saturday morning and there is an overall time limit of 34 hours.

The course record on the new, longer course is 18:03:00 by 3 time winner Jesse Lang of Richland, WA.

Start to Tacoma Pass: This section has some steep, hot climbs and is underestimated every year. Don't use up too much energy too early.

You'll leave the fire station and make your way along part of the John Wayne Trail before cutting through a private residential neighborhood to a series of foothills and dirt roads that lead to the start of some tight switchbacks up to Goat Peak. After a short while, you'll hit the first aid station in a clearcut that is the result of some recent logging activity a little over 4 miles. For veterans, this is where the aid station has been since 2012, not the old location on the road at the base of the trail. We are moving this aid station to where it was last year to shorten the distance to the Cole Butte aid station to around 6 miles. Remember to thank Gary Eggleston and his team before you head up the hill. There may be dirt bikes on this section. If so, please be patient and courteous. Beware of bees as there is often a beehive shortly after leaving the road. The climb from the Start up to Goat Peak is not trifling. To put it in perspective, it is essentially the same elevation gain and mileage as the climb up to the Escarpment at the start of Western States but with tougher footing and you'll do it in the heat of mid-morning. Do not take Goat Peak lightly. Many CCC DNFs start on this climb. If you have aspirations of course record glory, by all means, take off. For the rest of you, settle in, downshift a gear and drink on the climb.

As you pass by the rock outcropping on Goat Peak, you can basically see the entire course to the North and West. Pause to soak in the view. The next section along the ridgeline to Cole Butte has some nice rolling singletrack with good views into the peaks to the south. The trail can be brushy in some sections and cants heavily to the left at times so take it easy. It is too early to roll off the side of a hill. Eventually the singletrack trail will spit you out onto an old logging road. This is the location of the Cole Butte Aid Station, at almost 10 miles. Due to poor road conditions, the Cole Butte aid station will be minimally stocked, but there will at least be water and some minimal calories. Please thank Carol and Chris for making the trek out here to get water to you!! At the top of this road there is a nice view of Mt. Rainier. After you leave here you'll cruise along the old logging road and wind down about 1,500', across another logging road and then back up about 1,500' to the third station at Blowout Mt. (15m), ably captained by Jason Reathaford. The road gets pretty rough before the Blowout Mtn aid station. Depending on how badly the winter snow moved the rocks around the aid station may be a bit lower down. The road is not kind to low clearance vehicles. Don't linger for too long as the PCT awaits in another few miles. You'll spend the next mile climbing up (yes, up) from Blowout Mt. towards the intersection with the Pacific Crest Trail. Just before the intersection with the PCT, you'll see a sign pointing towards Manashtash Ridge. Turn left here. Follow this to the actual Blowout Mountain before joining the PCT a couple miles south of where you turned left (you were just a few feet from the PCT when you headed towards Manashtash Ridge) When you get to the PCT, be sure to take a right here. If you miss this turn and cross the Columbia River into Oregon, you've gone too far.

You'll spend the next ~32 miles on the famous Pacific Crest Trail. Make sure you understand what the PCT trail markers look like. We generally do not mark the PCT except for some key intersections. It is pretty easy to follow as long as you are paying attention. When you get to about where you turned left towards Manashtash Ridge, there will be a light aid station at about 19 miles, run by Killer Deese from San Diego Ultra Running Friends. Please show your gratitude as Killer and crew had to pack this all in for you. 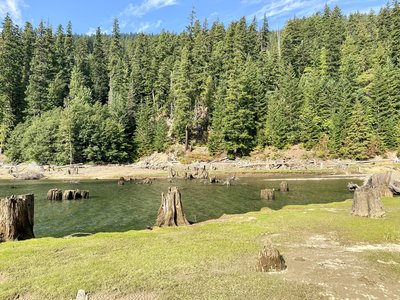 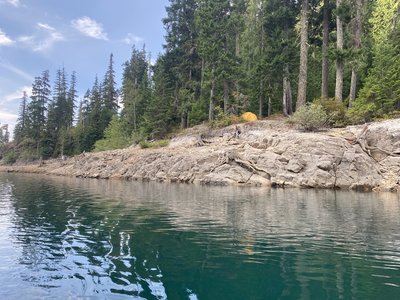