“This is a modified loop to add mileage and can be modified to close the loop. Easy trail with some technical passages. ”

This trail is has an overall negative grade, but includes some short and steep climbs. The first 4 miles are in the traditional Provence "maquis", with numerous fresh signs of wild boars activity. The back loop is along a stream on a slow upslope, with some technical passages. The return back follows the Brague River down to Biot is a mix of single trails and old stones.

There is no parking fee in the main Valbonne parking area, but since this is a point-to-point run, you'll want a drop off and pick up.
Once in Biot, on top of the hill, you can stop at a cafe and walk around this historical village with a church from the 13th century.

Pay attention to weather as the Brague River can rise and become violent on heavy rain days. It is best to avoid after heavy rainfall!

This featured run is a mix of the Bruguet and the Brague Rivers loop, with a one-way spurt to Biot added on the tail end.

This run is mostly in the woods, starting in the charming French village of Valbonne. It will lead you first into the small wild valley of the Bruguet River (which is dry in the summer).

After the first loop in typical Provence scrubland, you'll follow the trail upstream along the Brague River. This river can be violent and destroying. It runs through an almost virgin forest that provides some nice shade. In season, there are some very nice waterholes to cool off in.

The run then ends by retracing your steps along the Brague River and then continuing on to finish in the town of Biot.

Typical French Provence scrubland in an almost virgin forest. There is a very active population of wild boars which you might see if starting in the very early morning hours. Keep your distance, and absolutely avoid them if there are female with cubs. They will charge. 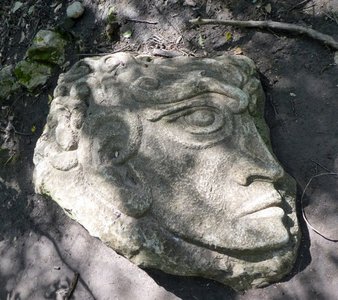