“A nearly-level trail with river access and views of the Rogue River cascading through basalt channels. ”

The trail is usually open all year, but may be covered with snow between November and May.

Unlike the Upper Rogue River Trail #1034 which stays above the west side of the Rogue River, the #1034A travels at river-level on the east side of the river. Passing large old-growth trees, it gives you easy access to the river, including small, sandy beaches, calm shallow stretches, and places for swimming (But be careful, the water is colder and faster than it looks!).

Starting south from the Rogue Gorge Viewpoint, you'll cross a footbridge over Union Creek. At about 1.2 miles, pass a calm, shallow stretch of the river, then come to the first instance of where the river is channeled and constricted into a powerful cascade by the basalt rock. You'll hear the roar from this cascade before you reach it. Shortly after that, at about 2.8 miles, you'll reach a footbridge over the river. This is where you can connect with the Upper Rogue River Trail #1034 on the west side of the river.

Continuing south, you'll pass the Natural Bridge Campground at about 3.4 miles, and then the trail will cut inland to circumvent a flood plain in the river before ending at the Natural Bridge Viewpoint parking lot. From here, you can take a paved pathway over, past a junction with the the Upper Rogue River Trail #1034, to viewpoints to see where the river disappears underground into a 250-foot long lava tube, before reappearing at the surface further down the river. There is a footbridge here that gives access to viewpoints (and the #1034) on the west side of the river. 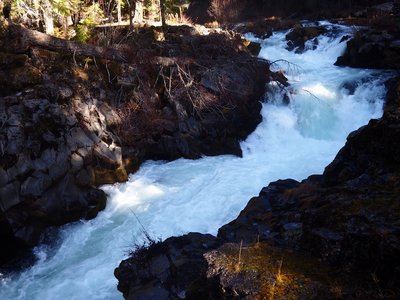 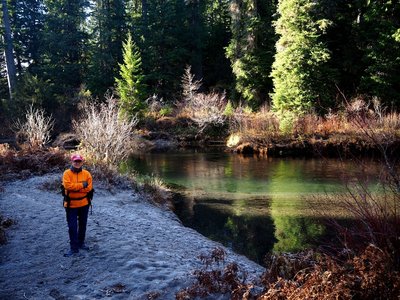 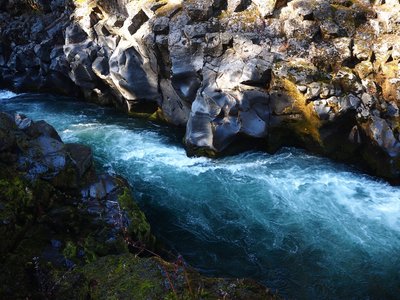 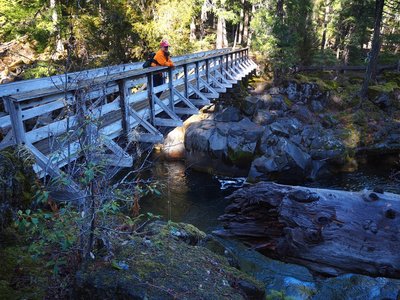 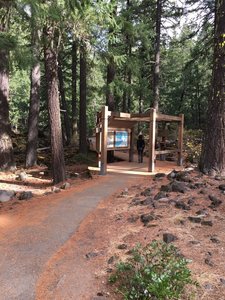 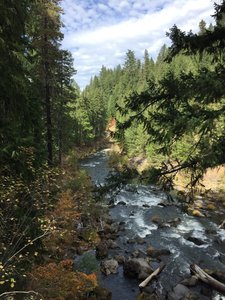