“A long a difficult run with many views along the way. ” This run is not for the faint of heart. Several very steep sections and rocky areas make this loop a very difficult challenge, but the views will reward you along the way.

Shenandoah has entrance fees. No restrooms along trail. This is a long loop so pack plenty of water and some food.

Several areas are very rocky. The rocks are often smaller are can shift as you run on them.

Follow the AT south for about a half mile to Blackrock Summit. Blackrock Summit is the best view on this loop and one of the better views in Shenandoah National Park. The summit has a nearly 360-degree view and is strewn with boulders that are fun to climb on.

After spending as much time as you want at Blackrock Summit, follow the Trayfoot Mountain Trail toward the Furnace Mountain Trail. Veer right and head toward Furnace Mountain. Shortly after veering right, you'll pass over several rocky areas of the trail. This is the uppermost section of a large rock field. There are several opportunities to climb through the brush on the right of the trail to enter the rock field. This rock field is different than the boulder field on Blackrock Summit. The rocks are much smaller and shift more as you run on them, but you'll be rewarded with great views if you venture out.

Return to the Furnace Mountain Trail and continue down, passing several partially obstructed views, before reaching Madison Run at the bottom. This is the only stream crossing and may require getting your feet wet depending on the water level.

The Austin Mountain Trail climbs up sharply through several rock slides before becoming more manageable. There are several views of Furnace Mountain during the climb. You'll eventually merge onto the Rockytop Trail. Continue straight on the Rockytop Trail until you arrive at the AT.

Typical Shenandoah animals can be seen, but I did not see anything larger that a squirrel. Insects aren't quite as bad as some trails because you only pass near water for a short bit of time. 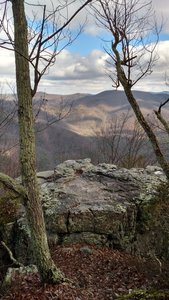 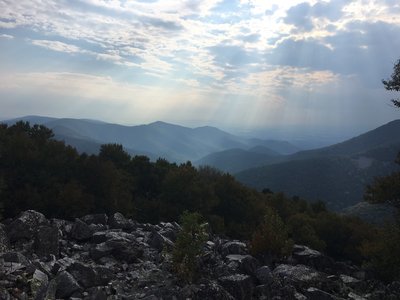 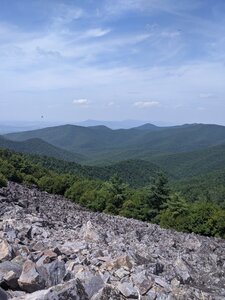 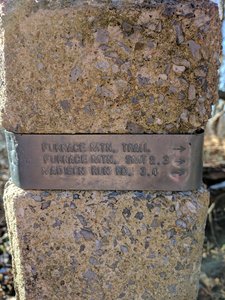 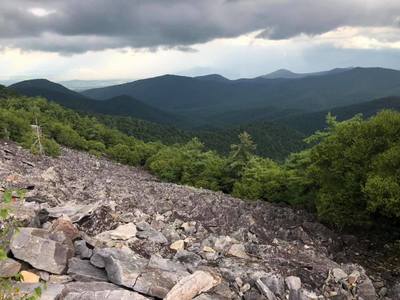 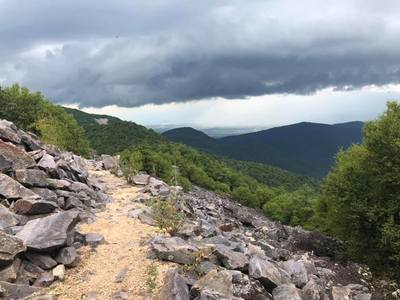 All Clear 52 days ago See History