“A run to the glacial-fed Conness Lakes above Saddlebag Lake with colors of the lake’s water changing before my eyes. ”

Tioga Road is closed during the winter.

This is a great run through history up to the glacial-fed Conness Lakes along old mining roads. Part of the run passes through an old flume system and is mostly off-trail but worth the climb to see these colorful lakes that usually hold some of their ice through late June.

This run can be good for a dog if your dog is up to it. The rocky terrain is very rough on a dog’s feet so pack boots just in case. There aren’t any rattlesnakes or poison oak, and there is plenty of good, fresh drinking water all along the way.

My dog Sally and I were camping at Saddlebag Lake Campground when a couple of my buddies drove up to run with us. To get to the campground, resort, and trailhead, we drove to Saddlebag Lake Road, just east of the Yosemite National Park Tioga Pass entrance. Heading up the mostly dirt road to Saddlebag Lake, my running buddies parked at the adjacent backpacker parking lot and stashed their after-run goodies in the bear boxes.

In the past, we have taken the water taxi that Saddlebag Lake Resort has operated to cut our running time down, but the Saddlebag Lake Resort was still closed (2018). It suffered snow damage a couple of years ago and is not back in operation yet. It is for sale in case you are interested!

To get there, we headed east on Tioga Road, east of the Tioga Pass entrance to Yosemite, to Saddlebag Road and drove up it, parking at the Saddlebag Lake Trailhead Parking Area, and we headed toward the resort, following the Twenty Lakes Loop Trail along the south, then east side of the lake. In the past, taking the water taxi operated by Saddlebag Lake Resort was an option, but not this year because they didn’t open due to the snow damage that they received.

Once we reached the north end of the lake at the Wilderness Ranger Station, we followed the eastern loop of the Twenty Lakes Basin Loop Trail until we reached Greenstone Lake. The official trail ends at that point, but there is an informal trail that you can follow north of Greenstone Lake. If you are running early in the season, you may lose that informal trail, but you'll be heading up the creek that empties into Greenstone Lake. The trick is to not get too low along the creek when it is wet and boggy. Sometimes I head along the creek and sometimes I stay up on the ridge as I make my way to the waterfall that empties into this creek.

This route will eventually lead you up to the glacial-fed Conness Lakes. These colorful lakes usually still have ice through late June. After enjoying the scenery, head back the way you came.

For more photos and information from my trip, click here.

Most of the Twenty Lakes Loop Trail is from the days of mining that occurred in the 1880's to 1940 or so. The eastern route came up from Lundy through Lundy Pass to Bennettville. The western side of the Twenty Lakes Loop utilizes an old mining road that came from the Hess Mine on the northern side of Steelhead Lake down along Saddlebag Lake. The Wilderness Ranger Stations used to be one of the sleeping quarters of the Hess Mine. 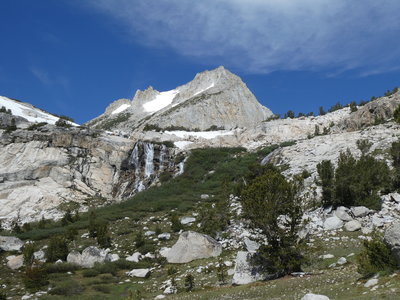 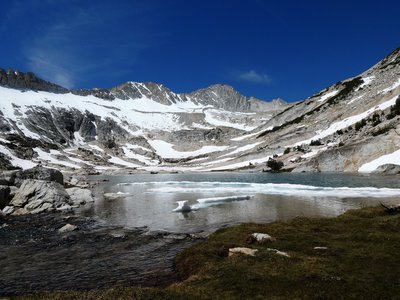 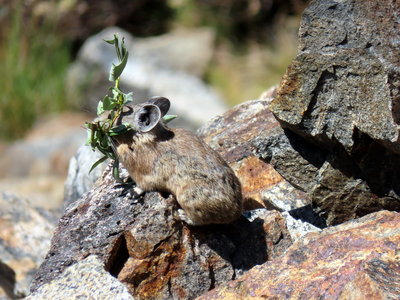 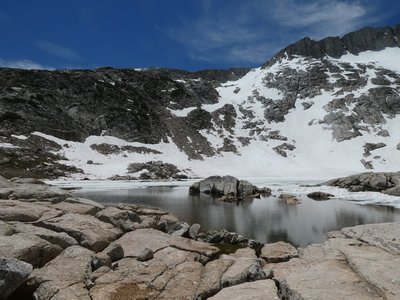 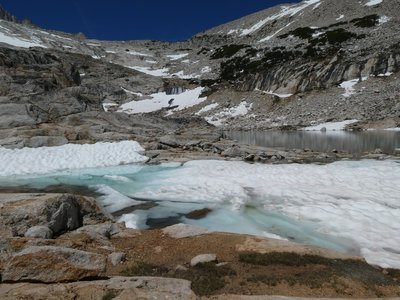 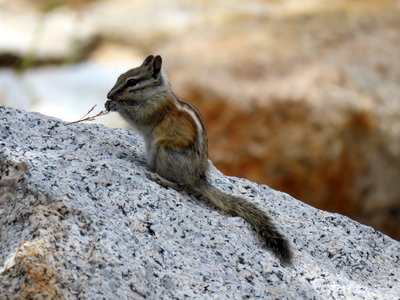