“This is an old, rocky mining road that leads from Alta Ski resort to lots of mining ruins and beautiful alpine meadows. ”

No specific closure dates for the portion from Alta over Twin Lakes Pass, but this route gets buried in snow for a good portion of the year, and the area can often be closed for avalanche mitigation. There is a significant portion of this trail that is within Brighton and Solitude ski area boundaries, and these portions are closed to foot travel during ski season (generally November-April).

This "trail" starts out as a paved road, just behind the Shallow Shaft restaurant, but quickly turns into a rocky, rutted dirt road. It makes a couple of switchbacks, but then starts heading generally northeast, in the direction of Twin Lakes Pass.

The road is pretty wide and easily followed, with a steady amount of elevation gain along the entire profile. About 0.75 miles in, there is a locked gate meant to keep vehicles from traveling along the road, but it's open for pedestrians to travel around.

Some of the points of interest start about 1 mile in when the road crosses through a portion of old mine tailings. Shortly thereafter, the trail takes a right turn to the southeast, right at the base of a large series of mine tailings piles. After going to the southeast, the trail goes through a nice meadow, then starts to ascend a little steep, rocky section where you pass by an abandoned mine tunnel that's right by the trail, and then you get out into some beautiful meadows below Twin Lakes Pass.

About 1.5 miles in, a fork in the road takes one trail to the north toward Silver Fork while the Twin Lakes Pass Trail branches off, turns into singletrack, and heads east, toward Twin Lakes Pass. This portion of the trail after the junction ascends through some beautiful alpine meadows, small stands of sparse pine trees, and eventually arrives at Twin Lakes Pass. From the pass, there are great views of the Wasatch Crest, Twin Lakes Reservoir below, and parts of Brighton ski area. This is an exceptional place to see the sunrise, or even come in the twilight hours.

After cresting the pass, the trail heads to the left, contouring around the hillside below the Honeycomb Cliffs (be careful here—there is an unmaintained spur trail that heads down towards Twin Lakes Reservoir that looks like the main trail, but actually is not. It descends quickly, then becomes pretty steep and eventually becomes overgrown). This section is pretty fun, as the views are great, the singletrack is generally pretty good (although it is technical in places), and culminates in a steep, rocky, but really short descent by a small rock formation and emerges onto a wide ski run. This ski run is an easy run, and you stay on it for about a quarter of a mile, and it turns to the right and starts descending towards Twin Lakes dam. The ski run soon turns into some nice singletrack, then ends too quickly at the top of the dam. The trail ends at a junction with the Twin Lakes Trail.

Plenty of deer usually (at least in the mornings), wildflowers, aspens and pines. 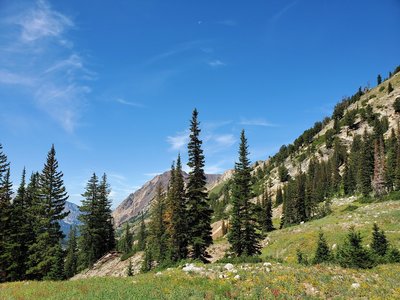 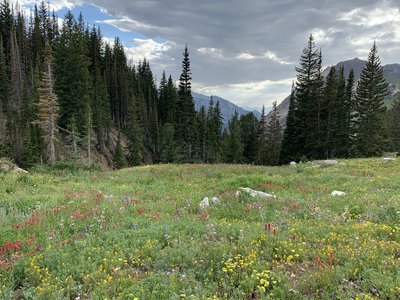 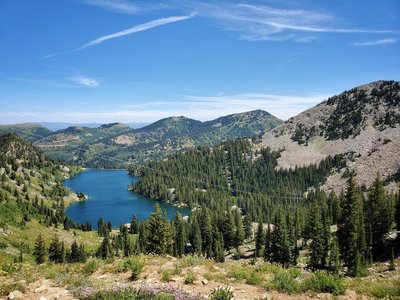 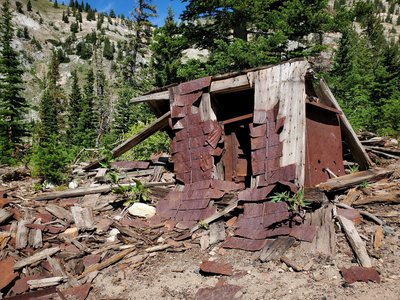