“The Platonic ideal of a day trip hike (or run) on the Channel Islands. ” This is one of the most popular routes for people doing a 3 to 6 hour day trip to Santa Cruz Island. From the boat landing you'll run through Scorpion Ranch and an interior valley before enjoying a breezy clifftop jaunt for most of your day. It's proximity to the landing, it's relative ease, and constant amazing vistas would make it usually mean overcrowding at any other park, but since only so many people can take the boat on and off the island, you're still going to get the seclusion you'd otherwise have to fight for at a place like Yosemite or Zion.

Upon arriving to Santa Cruz Island, you'll have a quick orientation with a park ranger; the Channel Islands are an especially fragile area so with no access to garbage pick-up, running water, or nearby medical assistance so there are more rules than at many parks, and the rules will be much more strictly enforced.

Run inland through the Scorpion Anchorage area. Heading toward the campgrounds, you'll find boxed water for sale, pit toilets, and the only shade the trail will have. In the orientation, you'll be warned about the rare Island Fox, a small endangered fox that likes to steal food; this is where you'll find them en masse. If you plan on picnicking you'll have to be very mindful of these guys and scavenging ravens.

After 0.5 miles you'll come to a fork in the road. Ahead, you'll be at the last campground area at Scorpion Ranch under a grove of trees, the left fork will take you through Scorpion Canyon, and the dirt road to the right winds up along the hillside. The right fork is Potato Harbor Road, the path you'll be taking.

It's only modestly steep but the temperature is warmer in the interior of the island so I recommend getting this part out of the way first. Also, most families will stick to the Cavern Point Loop Trail, a shorter loop that's included as a part of this one, by saving that for later most of them will be gone by the time you arrive. The interior valley portion of the run doesn't take more than 20-30 minutes, and when the hill is fully ascended you'll be met with a cool blast of ocean air.

At this next fork hang left towards an old wooden fence to continue. Potato Harbor is only another half-mile down this out-and-back section of trail. Here the ground is firm and flat while the Prisoners Harbor area of the island looms in the distance. At the end of the trail there are two cove overlooks to stop and look at.

The area is especially beautiful as sunset approaches and the seas caves are filled with light and the white diatomaceous rock is illuminated. It's possible to see, or more likely hear, seals and sea lions from this area. There are a few trails permanently closed here for environmental and safety reasons. As such go back the way you came to the previous juncture just past the wood fence.

Admire the inlet to your left then continue along the cliffs tops down the North Bluff Trail. This pleasant mile stretch leads past several vantage points above various coves, caves, and kelp forests. It remains flat until Cavern Point where after a small hill you can look back on the path you just traveled. As you round the bend back to the where you started Anacapa Island comes into view along with Scorpion Anchorage until you reach the short and steep slope back to the beach. 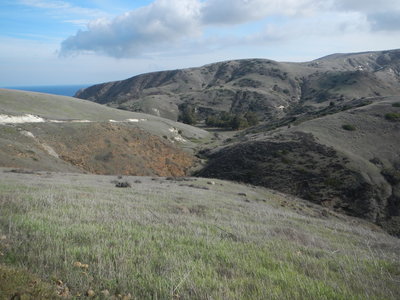 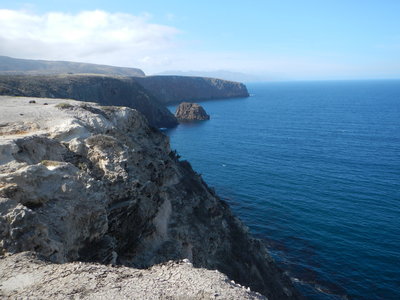 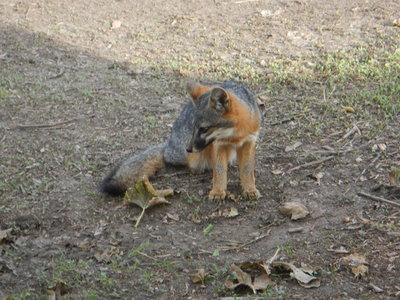 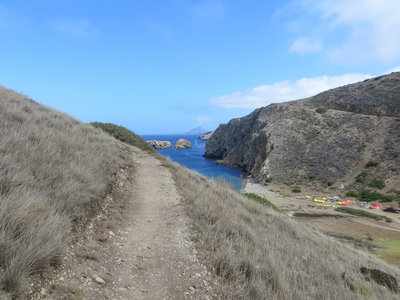 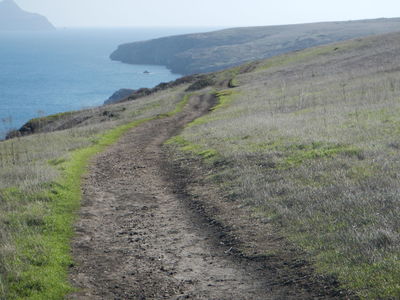 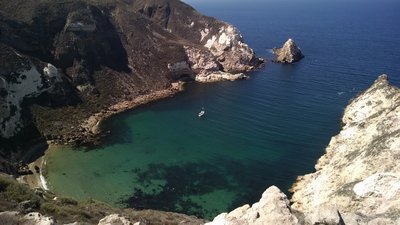 All Clear 88 days ago See History