4.3 (3)
Plan with onX Backcountry
Previous Next

“The West Highland Way is a classic trail through the Highlands of Scotland extending over 96 miles. ”

The West Highland Way is a linear long distance footpath in Scotland, with the official status of Long Distance Route (LDR). It is 154.5 km (96.0 miles) long, extending from Milngavie north of Glasgow to Fort William in the Scottish Highlands, with an element of hill running on the route.

When deciding the time of year to attempt the Way, it is good to know that midges and mosquitoes begin swarming in May and last well into August, some years even September. Also, because Scottish weather can be particularly variable, and often unforgiving, it must be respected with proper forecasting and gear (rain coats), etc.

The path, for many of the sections, is eroded and rock filled. There are steep ascents and descents on sections.

The path uses many ancient roads, including ancient drovers' roads, military roads dating to the Jacobite uprisings, and old coaching routes. It is traditionally done from south to north.

The path officially starts in Milngavie town centre, where a granite obelisk is located. It proceeds by way of country roads, an abandoned railway, the Queen Elizabeth Forest Park and scenic Conic Hill on the Highland Boundary Fault, to reach Balmaha on Loch Lomond. From here, the route follows the isolated, wooded, eastern shores of the loch via Rowardennan and Inversnaid to Inverarnan.

The Way follows Glen Falloch northward to Crianlarich then northwest along Strathfillan to Tyndrum. North of Tyndrum the Way enters Glen Orchy before crossing the desolate yet beautiful Rannoch Moor and descending into Glen Coe. From here, the route climbs the Devil's Staircase before a great descent to sea level at Kinlochleven.

The final stage skirts the Mamore Mountains on an old military road and descends into Glen Nevis before finishing in Fort William. The last stage passes the foot of Ben Nevis and many crown their achievement of running the Way by climbing it, the highest mountain in the United Kingdom.

Due to the large number of users being constrained to a singletrack, some parts of the Way have become badly eroded. However, a considerable amount of work is undertaken to maintain the route. Those seeking solitude should consider starting their journey away from the weekends.

Notable wildlife that may be seen includes feral goats (descendants of those left from the Clearances), red deer, and around the peaks sometimes golden eagles. Heather and wildflowers appear throughout the route.

The trail was conceived by the late Tom Hunter from Glasgow and approved for development in 1974. It was completed and opened in October 1980, becoming the first long-distance footpath in Scotland. 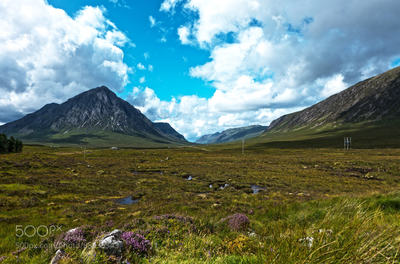 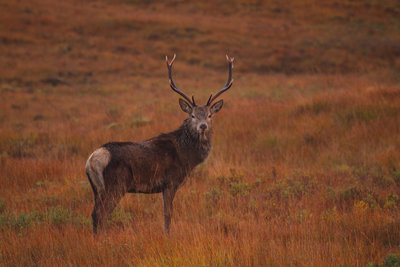 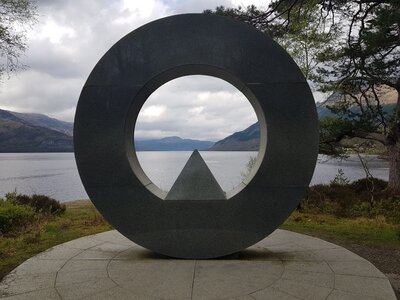 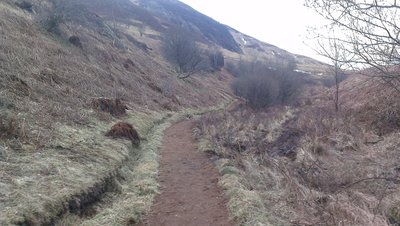